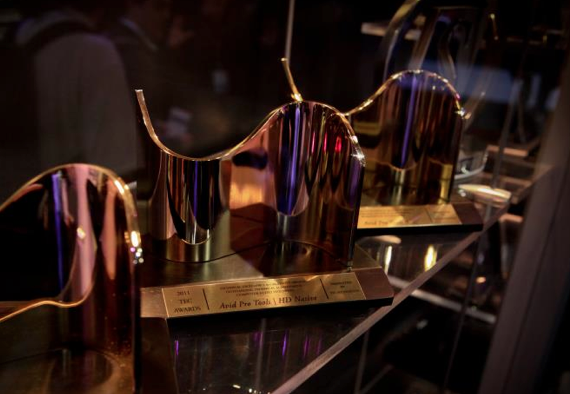 The annual award ceremony that is a cross between the Academy Awards and a Celebrity Roast kicked off with an introduction by the founder of the TEC Foundation and Mix Magazine,  David Schwartz. The band served up some tasty numbers with the help of guests Jeff “Skunk” Baxter, Steve Vai, Billy Sheehan and Will Lee. Will Lee, who also serve as MC for the event, opened his portion of the show with a clever parody of Candy Man entitled Ear Candy Man. Other presenters included; Phil Collen and Lisa Loeb, Weird Al Yankovic, Michael MacDonald, Bootsy Collins and Eddie Kramer among others. Steve Vai was presented with the Les Paul Award which is given annually to a musician or recording professional whose work has epitomized the marriage of music and technology.

Remote Production/Recording or Broadcast
Robert Plant and the Band of Joy, Live in Concert, NPR Music