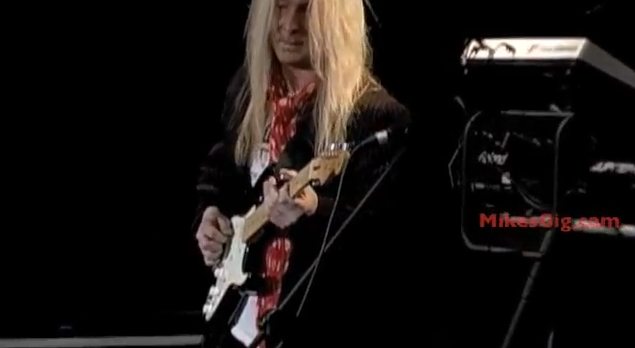 By Michael DiMattio in Fender, NAMM 2012, Roland
One comment

Since pioneering the GR-500 guitar synth in 1977, Roland has been dedicated to developing the ultimate electronic guitar. A perpetual and continuous quest for the next-generation guitar led to electric-guitar giant Fender®. Now, collaborating with Fender, Roland proudly introduces a new era of electronic guitar: V-Guitar!

The complete functions of the Roland GK-3 are perfectly and beautifully embedded in the authentic Fender Stratocaster, letting you drive the GR-55, VG-99, and other 13-pin compatible gear. As well as its futuristic functionality, it also provides classic Fender Stratocaster sound and feel.

Robert has toured internationally with the band Danger Danger since 2002, including a performance at the famous Sweden Rock Festival in 2004 before an audience of 25,000.

Robert is also a highly-regarded teacher and clinician, and currently travels the country – training guitarists and amazing audiences as a Roland/BOSS artist.