NAMM Show. Guitars. All about music, The National Association of Music Merchants (NAMM) will honor one of the world’s most famous singer-songwriters and producers, Brian Wilson, for his musical achievements and support of music education, with its most prestigious “Music for Life” award. MikesGig.com will be there.

Award to Be Presented at The NAMM Show, during Media Preview Day on Wednesday, January 18

The National Association of Music Merchants (NAMM) will honor one of the world’s most famous singer-songwriters and producers, Brian Wilson, for his musical achievements and support of music education, with its most prestigious “Music for Life” award. 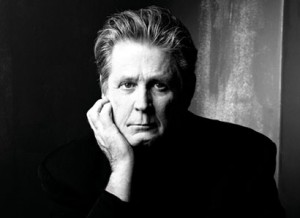 The presentation will be made by NAMM president and CEO Joe Lamond at Noon on Wednesday, January 18, 2012 at the Anaheim Convention Center, Hall E, as a part of NAMM’s Media Preview Day. The day is designed to showcase the newest and most innovative music instruments and products at the show and happens one day before The NAMM show officially opens. The NAMM Show is the largest music instruments and products trade show in North America.

The “Music for Life” award is NAMM’s highest honor and was created to recognize individuals and organizations who demonstrate support for NAMM’s primary causes of promoting music education and creating more active music-makers. Past recipients have ranged from musicians to Congressmen, CEOs and beyond, including Quincy Jones, Bob McGrath and Yoko Ono.

“Brian Wilson’s music shaped American popular music and had a lasting impact on the music products industry,” said Joe Lamond, president and CEO, NAMM.  “In addition, Brian Wilson believes in and has devoted his efforts to supporting music education—a cause that our industry holds dear. With 2012 marking the 50th anniversary of The Beach Boys, NAMM felt this was the most appropriate time to honor Mr. Wilson for his life’s work.”

The Grammy winner and MusicCares’ 2004 Person of the Year, Brian Wilson has a long record of supporting music education. Some highlights include work to benefit The Prince’s Trust Charity, which offers music classes to youth with learning difficulties and/or disabilities; performances for The “Amplify Tomorrow” tour as part of the Blue for Save the Music initiative, which raised funds and awareness to support music education programs in U.S public schools; participation in two Bridge School Benefit concerts; and Wilson has also been honored with the USC Thornton School of Music Legacy Award and possesses an honorary doctorate from Northeastern University.

Known for his unrivaled solo career and former role as singer, songwriter and producer for the super group, The Beach Boys, Brian Wilson is one of the most iconic and influential music legends of our time. He is a member of the Rock and Roll Hall of Fame, a Kennedy Center honoree and recipient of multiple Gold and Platinum records.  On November 1, Capitol/EMI released The SMiLE Sessions, containing the Beach Boys’ 1966-67 sessions. For more information, visit www.BrianWilson.com.

The recent The Wrecking Crew movie chronicles the contribution of studio musicians like drummer Hal Blaine and bassist Carol Kaye on the Beach Boys recordings.