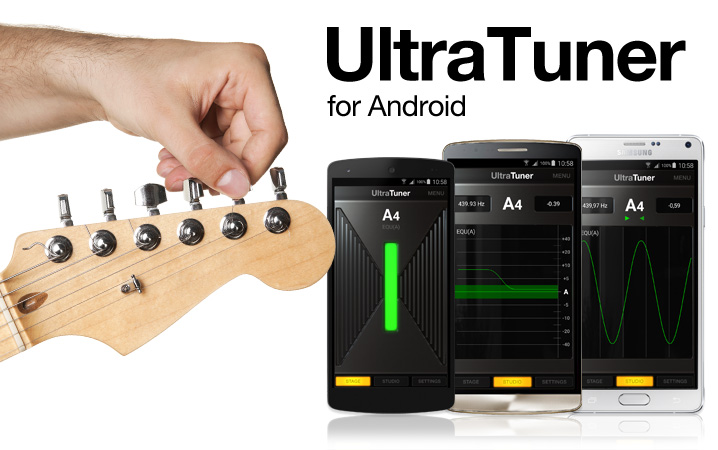 Now Android users can enjoy the extreme precision, ease of use, and plug-and-play compatibility of the most accurate tuning app for mobile devices

IK Multimedia, the leader in mobile music creation apps and accessories, is proud to announce the release of UltraTuner™ for Android. Firmly established as an essential tool in the kit of mobile musicians via its iOS counterpart, it brings ultra-precise instrument tuning to the Android platform for the first time. It works with the built-in mic input for acoustic instruments, and can also be used with all audio interfaces for Android, like IK’s new iRig 2 and iRig HD-A. 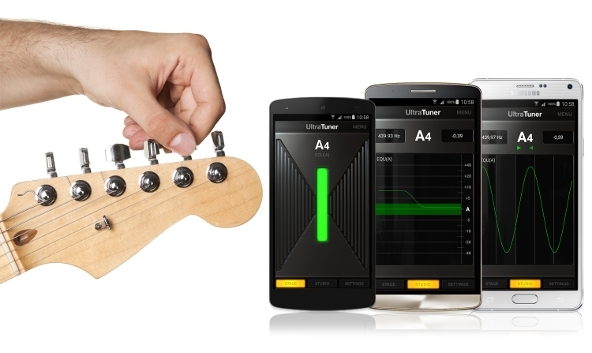 It features an advanced and astonishingly fast note-detection engine that delivers accuracy down to +/- 1/100 of a cent, making it ideal for precision tuning and calibration of all instruments from electric guitars to analog synthesizers and beyond. With UltraTuner for Android, users can perform with well-tuned confidence on stage, in the studio and everywhere they go.

Ultra precise
While mechanical strobe tuners may be the current gold standard for instrument tuning, they are bulky and not nearly as accurate as UltraTuner. It sports a patented note detection engine that utilizes a proprietary dual-analysis process to deliver frequency readings with accuracy down to an astounding +/- 1/100 of a cent, which, as it happens, is 10 times more accurate than conventional mechanical strobe tuners – and it’s able to do this in an app that can be easily carried around on a smartphone in a pocket.

What’s more, its engine is one of the fastest and most responsive ever designed. It delivers its readings almost quicker than the eye can detect and well before the note transient attack has leveled. To put it simply, it’s more effective, portable and convenient than a hardware tuner could ever possibly be.

Ultra visible
While its engine may sound complicated, it’s hidden under the hood of an aesthetically pleasing and easy-to-use interface. It offers two convenient modes of operation that let musicians choose the level of tuning complexity displayed.

In Stage Mode, UltraTuner provides a highly visible full-screen display that’s easy to view from a distance in both low light and bright light environments. Two large yellow LED-like wing arrays light up in progressive amounts according to whether the note played is flat or sharp. When the note is in tune, the display turns bright neon green. It’s perfect for performing musicians who use UltraTuner as a part of their live rig on stage.

In Studio Mode, UltraTuner reveals the nitty gritty note information, allowing users to monitor note and pitch accuracy over time. It takes full advantage of UltraTuner’s engine by offering real-time tracking of detailed information like subtle pitch changes in sustained notes and the shape and frequency of vibrato. This is an essential feature that is useful for ear training for vocalists and for musicians who play non-chromatic instruments like violin, fretless bass or brass instruments. It offers two visualization settings: One that features a waveform readout of the pitch as it’s played and another that shows a moving curve tracking the pitch of a note over time. Both visualization settings offer detailed information on frequency, cents and note octave.

Ultra calibration
Beyond its tuning capabilities, UltraTuner also has a few more handy tricks up its sleeve. Its settings menu lets musicians quickly and easily calibrate the “A” note to any custom value (between 430 to 530Hz), to ensure proper tuning when playing with others. It also has a setting feature that lets users change the temperament type to Equal, Pythagorean, Just Major, ¼ Comma Mean Tone and more – a professional feature not found in most tuners. A transposition option also lets users shift the root note up or down by 6 half steps.

Pricing and availability
UltraTuner for Android is available for devices with Android 4.1 or later and can be purchased on the Google Play store for $4.99.

To watch the official UltraTuner in action, please visit:
www.ikmultimedia.com/ultratunerandroid/videos