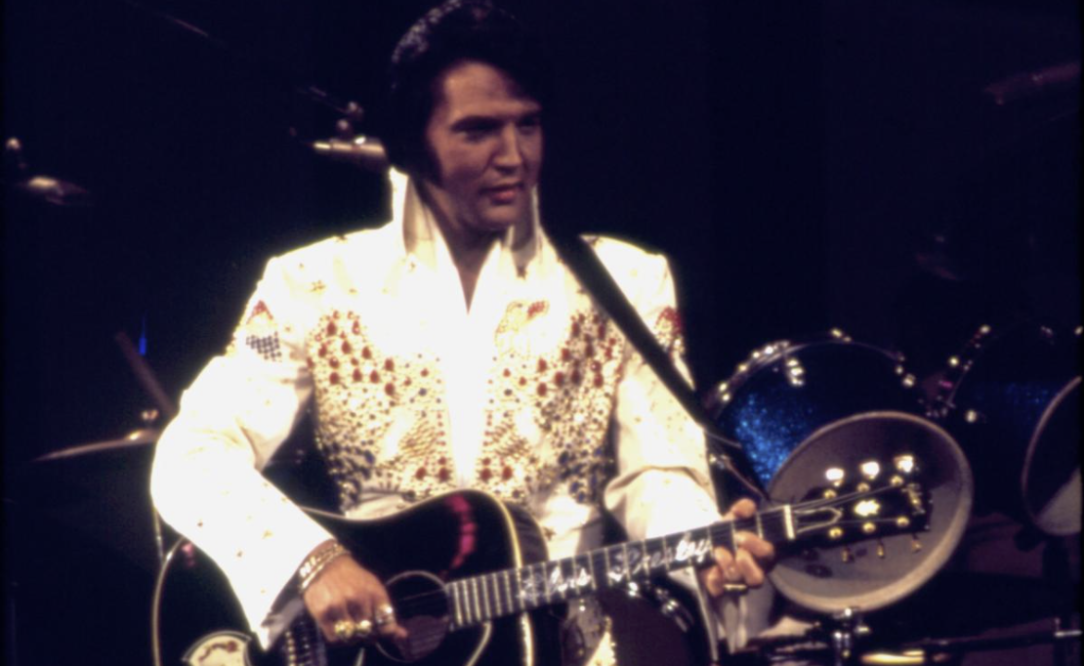 Made in Bozeman, MT, Gibson Acoustic guitars are the pinnacle of hand-crafted quality, and sound excellence, fit for the King of Rock and Roll.

For 128 years, Gibson–the iconic American instrument brand–has shaped sound across generations and genres and has emerged as the most relevant, played and loved guitar brand around the world. Gibson is proud to announce it has partnered with Authentic Brands Group (ABG) and Elvis Presley Enterprises to create two stunning acoustics: the Gibson Elvis™ Dove and Gibson Elvis™ SJ-200, both in Ebony. The Elvis Dove and SJ-200 are handmade by the expert luthiers and artisans of the Gibson Acoustic Custom Shop in Bozeman, Montana and are available today worldwide at authorized Gibson dealers and on www.gibson.com.

View the clip below which was shot on location at Graceland, Elvis’ family home in Memphis, TN. The video includes footage of Elvis’ favorite pink Cadillac, footage inside his airplane, “The Lisa Marie,” and a close up of the white embellished jumpsuit he wore during his Aloha From Hawaii concert special in 1973; watch and share the video: HERE.

Elvis played multiple Gibson acoustic and electric guitars throughout his career. The new Gibson Elvis Dove in Ebony is based on a customized 1969 Gibson Dove that was gifted to the King of Rock ‘n’ Roll by his father, Vernon Presley, which Elvis played in concert regularly from 1971 through 1975, famously during Elvis’ legendary satellite-televised Aloha From Hawaii concert in 1973. In 1975, while in mid-performance during a concert in Asheville, NC, Elvis gifted the Gibson Dove to an astonished audience member.

Elvis often used Gibson SJ-200 acoustic guitars, aka “The King of Flat Tops.”Gibson has now created Elvis’ favorite SJ-200 in Ebony that is based on a guitar that was given to Elvis as a gift at a recording session at RCA Studio B in Nashville, TN in the mid-1960’s. Elvis often used this Gibson SJ-200 acoustic guitar for numerous high-profile live performances and in 1976, Elvis gave it to his close friend and aide at Graceland Marty Lacker.

The new Gibson Elvis Dove in Ebony features a solid Sitka spruce top, solid maple back, sides, and a mahogany neck capped with an Indian rosewood fretboard. The new Dove is equipped with a modern LR Baggs VTC electronics with an under-saddle piezo pickup and soundhole-mounted volume and tone controls, making it stage ready, right out of the case. The new Gibson Elvis SJ-200 features a maple back, sides, and neck, as well as a Sitka spruce top. The guitar features all of the attractive SJ-200 touches, including mother-of-pearl graduated crown and parallelogram inlays, an iconic Moustache bridge and an Indian rosewood fingerboard, and comes equipped with an LR Baggs VTC under-saddle pick up. As an extra personalized Elvis touch, both guitars come with a Kenpo Karate decal included in the hardshell case.