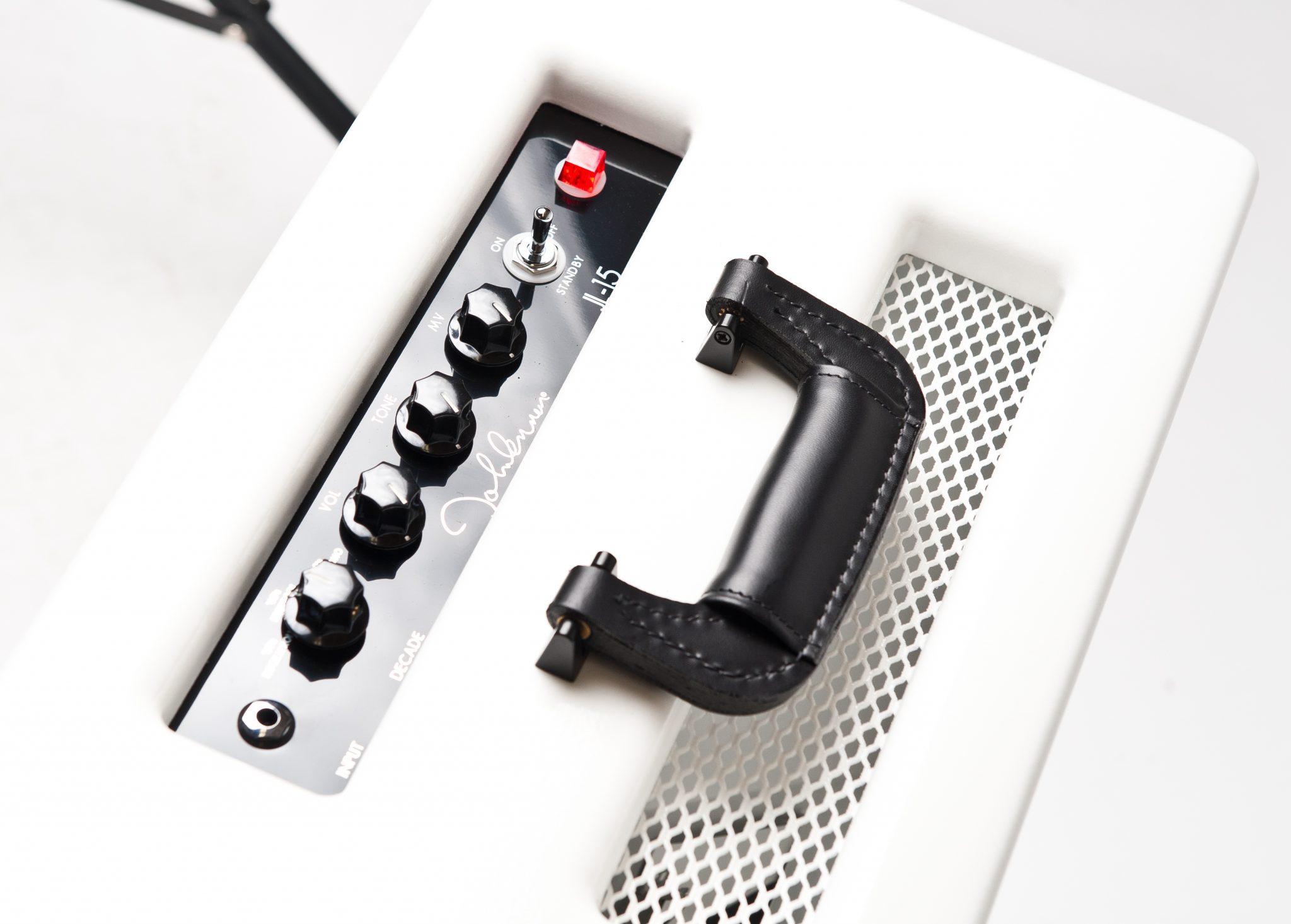 By Michael DiMattio in Fargen Amplification, John Lennon
No comments

The new John Lennon Imagine epitomizes luxury for all his fans and guitar enthusiasts.

Sacramento, CA April 24, 2013 – Fargen Amplification has introduced the third and final guitar amplifier model to complete its line of amps that pays homage to John Lennon.   The Imagine series amplifier is boutique luxury at its best with only 51 pieces to be made.

The Imagine series amp is available in limited edition, and combines the finest woods, materials and components with a three-way Decade Switch to provide the ultimate collection of Lennon tone in one circuit.  The Imagine amps are hand made in California, USA, built by Ben Fargen himself.  The Decade Switch augments the previously-released 60’s and 70’s settings – with a third setting for 50’s Rock ‘n Roll tone … providing the guitarist with three amps in one.  The amp also features a proprietary WGS Alnico JL-15 speaker, custom white components and a master built cabinet constructed from premium eastern soft maple with a Baltic birch baffle, finished in several coats of peaceful white and clear gloss lacquer. The Imagine series is now available through Fargen’s authorized dealers, priced at $5,999 MSRP.

“This amplifier represents the pinnacle of craftsmanship and design, in an exclusive boutique model geared towards the discerning player,” says Ben Fargen, founder. “I’ve expanded the circuit from the Artist series to round out Lennon’s vintage tones with an additional 50’s setting.  I couldn’t be prouder of our result.”

The three amplifier models, the Imagine series, Artist series and JL-15 Signature amps, will be complemented with a line of John Lennon effect pedals, to be announced in the near future.

Fargen has licensed the rights to produce this line, from Bag One Enterprises and Live Nation Merchandise, and is distributing this on its website, and through its network of authorized dealers including music instrument stores and art galleries.  Details are available on the website and dealer inquiries are welcome.
For more information, please visit www.fargenamps.com

Ben Fargen founded Fargen Amplification in 1998 as a boutique amp manufacturer, and introduced the Sonic Edge brand in 2010. Ben has developed a reputation as one of the top engineers and visionaries in the amplifier space and has shipped custom-built and production model amplifiers to discerning players across the globe. He provides world tour and studio amp support to many of the world’s most celebrated guitarists including Joe Satriani and Steve Vai.  www.fargenamps.com