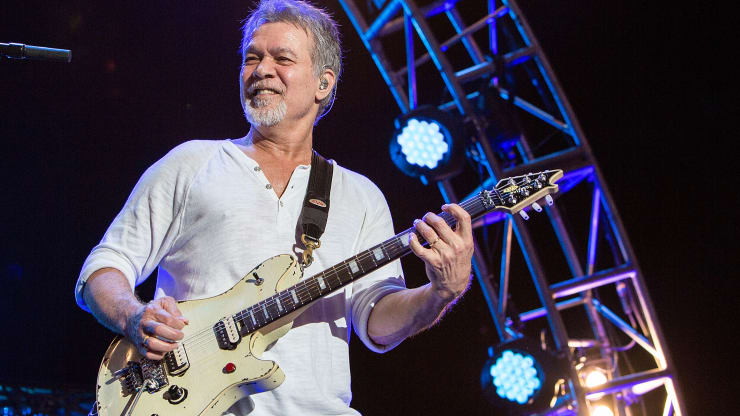 Eddie Van Halen, the renowned lead guitarist of iconic rock group Van Halen, has died, according to a social media post by his son. He was 65.

“He was the best father I could ever ask for,” his son, Wolf Van Halen, wrote in a note posted to Twitter. “Every moment I’ve shared with him on and off stage was a gift.

“Wolf Van Halen, Eddie and Valerie Bertinelli’s son, said his father died after a “long and arduous battle with cancer” on Tuesday morning. Van Halen went on to marry actress Janie Liszewski in 2009.

“My heart is broken and I don’t think I’ll ever fully recover from this loss,” he added.

Gene Simmons of KISS wrote on Twitter: “Eddie was not only a Guitar God, but a genuinely beautiful soul.“

Geezer Butler of Black Sabbath called Van Halen “one of the nicest, down to Earth men I have ever met and toured with.””A true gent and true genius,” he wrote on Twitter.

On Facebook, Ted Nugent said: “Thank you Eddie for vitalizing enriching and stimulating our lives with your brilliance gifts and vision. Jam on my friend. Jam on.”