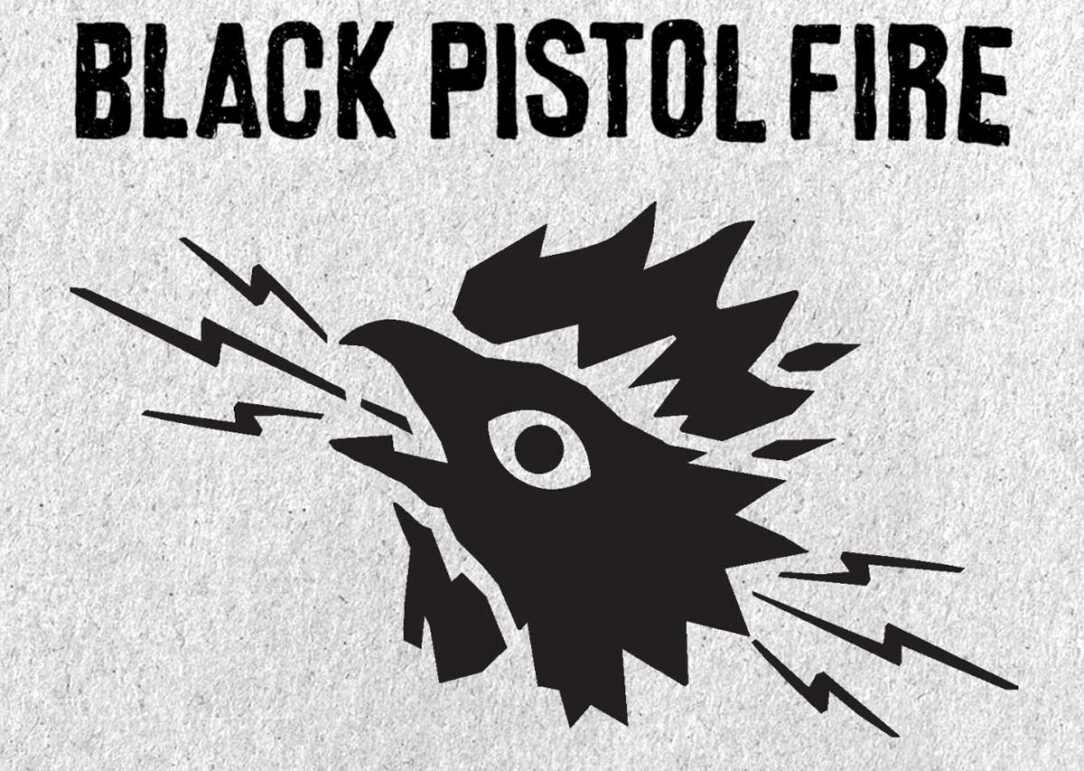 “Performing with only an acoustic guitar, and with a boombox providing minimal instrumentation, McKeown takes the idea of a ‘field recording’ to the next level, as he shares this exceptionally ferocious take on the already-explosive track.”–Tyler Jenke,Rolling Stone Australia, (12/4/2020)

The Canadian-bred, Austin, TX-based, BLACK PISTOL FIRE–KEVIN MCKEOWN(guitar/lead vocals) and ERIC OWEN (drums/bass synth)–spent the past few years touring the world and winning over audiences at clubs and festivals and has now finished their new album with co-producer and engineer Jacob Sciba (Gary Clark Jr, Gov’t Mule, Warren Haynes) and mixer Vance Powell(White Stripes, Raconteurs, Chris Stapleton). The album brings a mix of their untamed signature sound–melding classic southern rock and garage punk—and follows in the footsteps of the group’s last album Deadbeat Graffiti the Austin Chronicle called “Torrential fuzz and hot-lightning riffs” and the Memphis Flyer added of the duo, “punkish energy, blues riffs, and a good ol’ fashioned rock-and-roll veneer… the band sounds too lush and too dynamic to be just two people.

Look for BLACK PISTOL FIRE to return in late January 2021 with their sixth studio album and debut offering with Black Hill Records. Expect an official release announcement in the coming weeks.

About Black Pistol Fire:Formed in 2011, the Canadian-bred, Austin, TX-based, BLACK PISTOL FIRE—KEVIN MCKEOWN(guitar/lead vocals) and ERIC OWEN (drums/bass synth)–spent the past few years touring the world and winning over audiences at clubs and festivals with stand-out sets at Sasquatch, Lollapalooza, Bonnaroo, Voodoo Music & Arts Festival, Riot Fest, Governor’s Ball and Austin City Limits. After high-profile tours with Gary Clark Jr, Weezer, Heart, The Struts, Black Rebel Motorcycle Club, ZZ Ward, Wolfmother and Band of Skulls, the band expanded their global footprint with a European trek and festival appearances across the continent. BLACK PISTOL FIRE are revered worldwide for their incendiary live shows which NPR tagged “onstage, the pair rip it up, playing a blend of gutbucket blues-rock and punk.” Elsewhere, tastemaker Seattle, WA station KEXP added, “Black Pistol Fire’s sweaty Southern garage rock is capable of incorporating both bluesy tracks and jam-band jangles, and they vacillate well between wild guitar solos and drastic shifts in time-signatures.” While YAHOO called the group, “a power duo that can almost match the power and intensity of the massive rock sounds of the likes of Led Zeppelin and Fleetwood Mac… in a breakout set.” 2021-22 promises to be the biggest for BLACK PISTOL FIRE yet, with their catchy songwriting, intense live performances, and independent attitude they show no signs of slowing down. For more information, visit: www.blackpistolfire.com.

About Black Hill Records:Independent publisher Round Hill Music and its record label division have launched Black Hill Records, a new label dedicated to rock music. Based out of Los Angeles and distributed worldwide by The Orchard, and it has already signed its first three artists: Austin duo Black Pistol Fire, Nashville blues and rock guitarist Jared James Nichols and iconic British rock band The Cult. At Black Hill Records, our mission is to build a modern record label focused on rock artists. We are passionate about this genre of music and the label is built on a foundation of genuine artistry. We are committed to developing artists in the ever-changing global marketplace, to play our part in helping to elevate rock’s presence in today’s music culture. We believe in artists with the highest level of live performance ability, undeniable songwriting and a total dedication to their art – and the fans that believe in them. WE ARE BLACK HILL. https://blackhillrecords.com