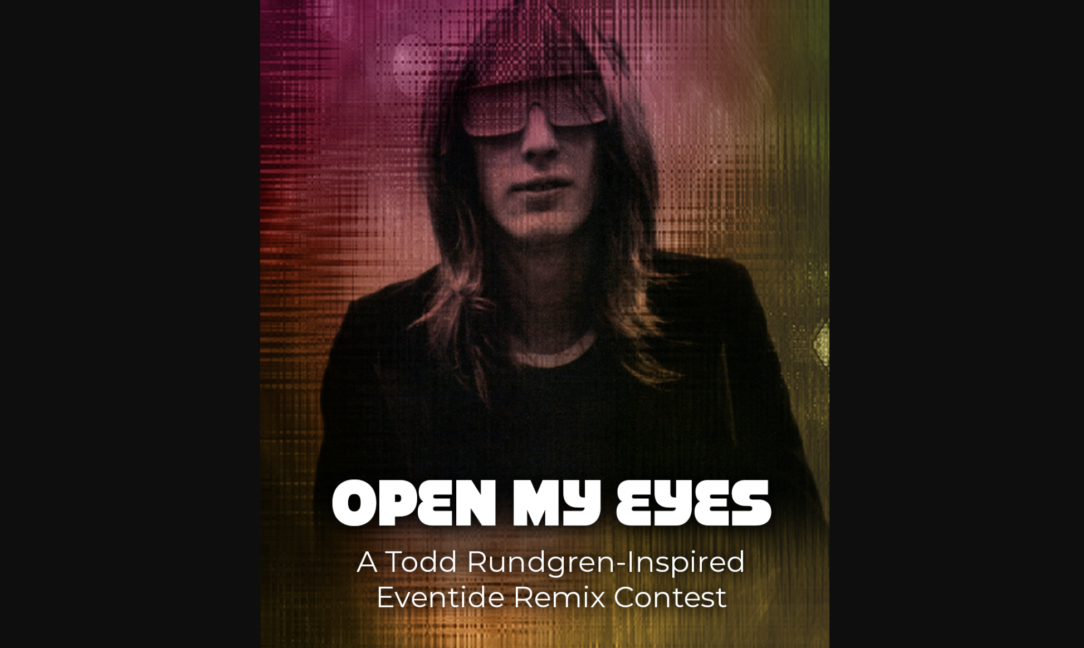 The Grand Prize winners—one for creativity and one for traditional—will each receive $1,000 (USD) in cash. Submission deadline is May 11, 2022.

Eventide Audio has announced the Todd Rundgren-inspired “Open My Eyes” remix contest, offering contest participants the opportunity to ply their creativity and mixing prowess in competition for a host of prizes, including two Grand Prizes worth more than $3000. The contest is now open, with a submission deadline of May 11.

In the summer of 1968, Todd Rundgren and his band, Nazz, released “Open My Eyes”, a song awash with tape flanging. “When Nazz’s ‘Open My Eyes’ hit the AM stations in NYC, the wild flanging caught the attention of this 18-year-old college kid,” recalls Eventide’s Resident Fossil, Tony Agnello. “I couldn’t have imagined that, just a few short years later, Todd Rundgren would visit Eventide and haul off a stack of our first effects box, the Instant Phaser.”

For the contest’s raw mix elements, Eventide booked a session at nearby Hobo Sound to recreate the basic tracks of “Open My Eyes”. Contestants are challenged to download the stems and remix the song using any combination of plug-ins to best emulate the sounds of the original recording, improve it, or “go nuts and create something completely new” with the caveat that remixes must noticeably include Eventide’s Instant Flanger Mk II and/or Instant Phaser Mk II plug-ins (30-day free trials are available for contestants that do not own the plug-ins). Full contest rules, “Open My Eyes” tracks, videos of the recording session and a video of the Nazz original are available at https://www.eventideaudio.com/open-my-eyes-remix-contest/.

A voucher for the free Eventide plug-in of their choice will be awarded to 25 Finalists while three Runner-Ups will receive full licenses for permanent use of the Eventide Clockworks Bundle (a $499 value). The Grand Prize winners—one for creativity and one for traditional—will each receive $1,000 (USD) in cash, a license for the Eventide Anthology XII and Elevate plug-in bundles (a $2198 value).