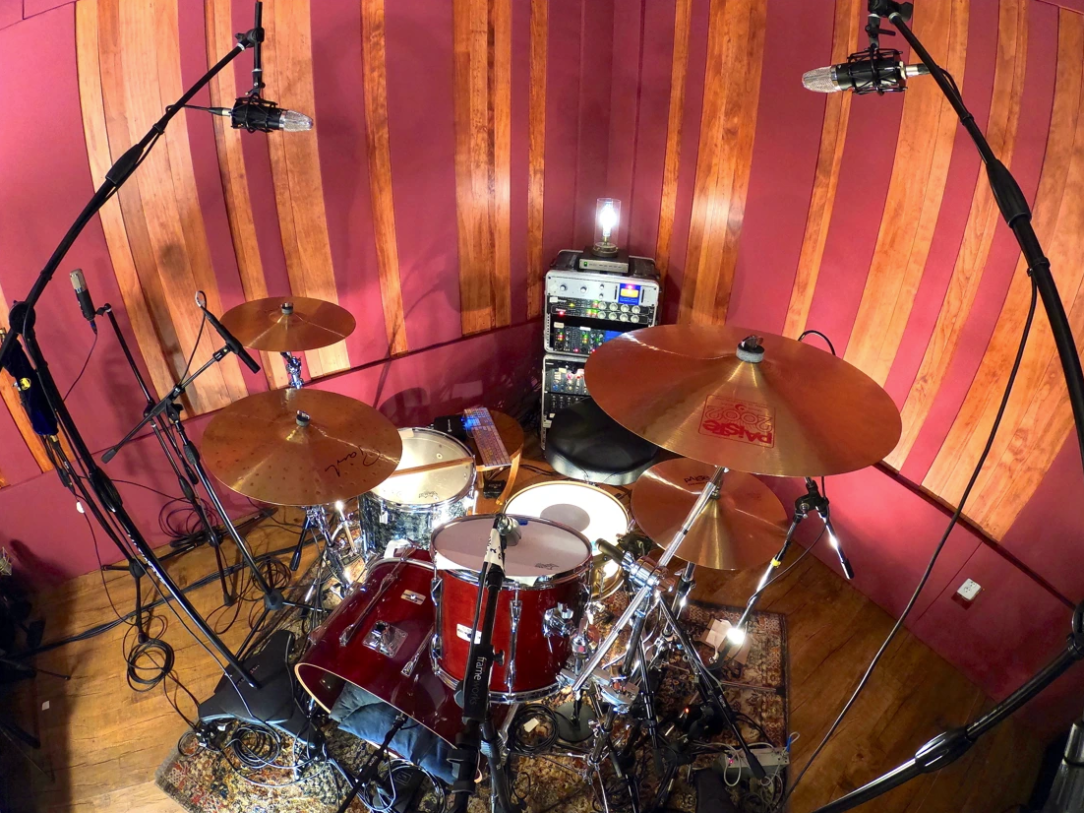 With touring options temporarily off the table due to the pandemic, prolific drummer for Missing Persons, Dorothy and Beth Ditto is set up to deliver ‘no compromise’ recordings for remote clients

Having spent the better part of the last 18 years as a touring musician drumming for artists like Missing Persons, Dorothy, Beth Ditto and many others, Jake Hayden has certainly earned the coveted distinction of ‘road scholar’. During a break from touring last December, he wanted to set up a small recording rig at home so he could do more studio related work when he wasn’t on tour, which wasn’t very often. With the onset of the pandemic however, international touring was suddenly no longer an option. It was at this point where Hayden decided to go ‘all-in’ on a home recording studio that was capable of delivering top quality for producers working on a variety of projects. He enlisted BAE Audio for his input stage.

“I have been insanely busy touring for many years,” says Hayden. “In fact, I think I’ve averaged nine months of touring per year for the last three years. When I’ve been touring, there hasn’t been any time to do studio stuff at home.” Recording at home soon became an instant passion: “I had no experience engineering but once I started, I realized that I needed to go ‘all-in’ because I wanted my recordings to accurately represent the quality of my performances.” He says that he is now getting the best possible audio quality using BAE in terms of sonic character, warmth, and depth.

From touring large arenas to remote tracking
As a touring drummer, Hayden got his big break in 2002 when he was recruited by Missing Persons and went on to be their drummer for 12 years. Since then, he has done plenty of session work and live drumming, most recently with rock band Dorothy and solo artist Beth Ditto. “Beth got signed here in the U.S., but absolutely blew up overseas. On our last tour, we were direct support for Sam Smith playing arenas. Overseas, we were playing festivals in front of 35,000 fans.” While he had plenty of excitement on the road, Hayden sometimes craved a domestic scene and studio set up that didn’t involve sleeping on a bus.

Hayden’s recording set up in LA involved a new arsenal of BAE 500 series outboard units including (8) 1073 MPLs, (1) 1073D (which includes the EQ section) and (4) 312A preamplifiers running through an Antelope Audio Orion converter. His first project was a record with Santa Barbara, CA-based producer Tom Flowers, who has worked extensively with artists including Steve Perry and The Ataris. Recorded remotely during the pandemic, Hayden captured his ‘80’s Yamaha Recording Custom cherry birch drum set with a bevy of microphones including a Beyerdynamic M88 (kick in), a 47-fet style condenser (kick out), a ’57 and Altec 175 on the snare, Sennheiser 421s on the toms, Mojave MA 300s for overheads and a pair of Coles 4038 for the room, among other mics.

Working remote with BAE Audio
“In this case, the client wanted to use all 1073s, since they just sound fat,” Hayden states. “In addition to the BAE Audio 1073s, which will typically use on toms, kick and snare, I will use the BAE Audio 312As for my overhead and room mics. The way the 1073s and 312s talk to each other is pretty happening,” he says. “Plus, the 312 can make ribbon mics such as the Coles much more present since they can sound pretty dark on their own.” Hayden’s most recent purchase is a pair of BAE Audio 1073 EQLs, which he currently uses on both kick and snare.

Despite his ability to achieve spectacular results for his clients, Hayden still considers himself a student of the art since he is always eager to learn more. “I’ve only been in this for a couple months, but I’ve been psycho about it,” he explains. “I grew some studio wings I didn’t know I had. Recording music is a passion for me, and the first time I was able to play a drum with my preamps and my own mic and hear the same thing coming out through my system as what I’m used to hearing on the radio, I realized it was game changing.”

A high value recording chain
Recording drum tracks for a producer — often a critical part of any project — is normally a cut and dry affair for Hayden, since most producers provide a solid brief and instructions on what they are looking for. “It is usually a pretty tight situation,” he says. “If there is a certain sonic signature they are looking for, they are also very clear and up front about that.”

On learning about Hayden’s recent recording set up, one of his clients became excited and asked what kind of equipment he was using and asked what he was charging for his services. “After I told him what I was charging and that I was using BAE 1073s, he told me to raise my rates because he knew about BAE quality. If you are going to be competitive you can’t settle. Go big or go home. Now I wouldn’t use anything else, and the drums I record here are never going to suck,” he concludes.

About BAE Audio
BAE Audio is a U.S.-based manufacturer of high-end microphone preamp and equalizers, all of which are faithful to vintage designs of the seventies and before. The company is committed to the vintage philosophy of hand wiring and hand soldering all of its components to achieve a high quality and authentically vintage sound. For more information on BAE Audio, please visit our website at www.baeaudio.com.