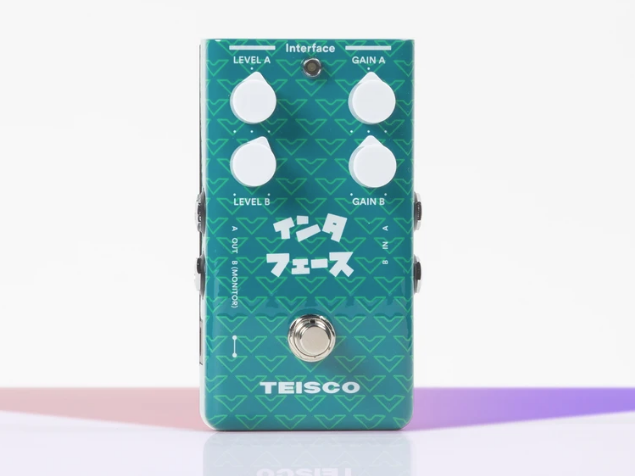 Building on the iconic brand’s successful pedal launch last year, Teisco steps it up in 2020 with the release of three new pedals, the Teisco Overdrive, the Teisco Distortion, and the Teisco Interface.

Digging into the details of Teisco Overdrive and Teisco Distortion.

The two dirt boxes offer boutique quality at an accessible price point with plenty of controls thanks to their switchable modes and the Distortion’s independent gain boost (aptly named ‘MORE’). They feature all-analog circuitry, sleek high-gloss designs, extra-tough zinc alloy enclosures, and a textured base plate for stronger velcro-adhesion, for which Teisco is known.

With two mono inputs and two stereo TRS outputs, the Teisco Interface is more than just a recording audio interface in pedal-form. Independent gain and volume controls for each channel ensure you have full control over your sound no matter the setup.

The Teisco Interface features a sleek high-gloss design, extra-tough zinc alloy enclosures, and a textured base plate for stronger velcro-adhesion.

The Teisco Interface is compatible with devices that run on Mac, Windows, iOS or Android. It has been tried and tested to prove compatibility with major DAWs including: Cakewalk by BandLab, Cubase 10, GarageBand 10, Logic Pro X, Pro Tools 2018 and Reaper 5.