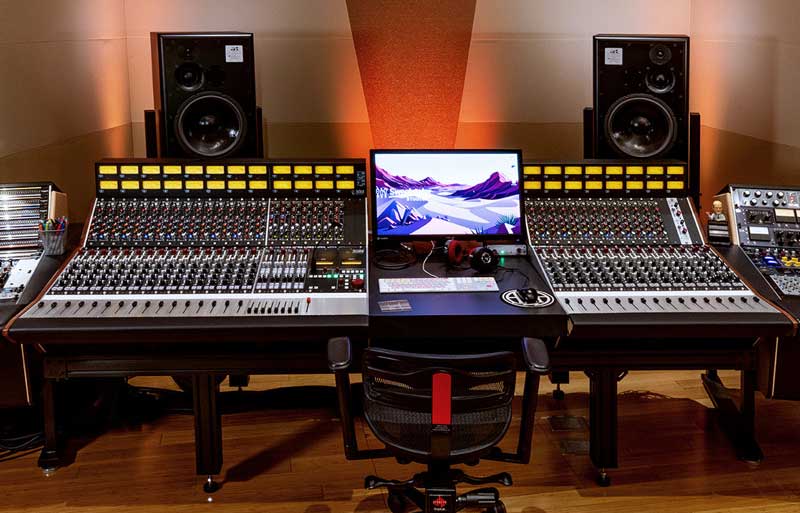 Sweetwater Studios is proud to announce the completion of an array of upgrades to its flagship Studio A, with the addition of a customized Rupert Neve Designs 5088 Analog Mixing Console as its centerpiece. The renovations allow for a re-imagining of the workflow and layout, to create an incredibly inspiring and welcoming space for artists and producers. For more information, please click here.

Evolving to inspire
Initially opened in 2007, Sweetwater Studios has built its reputation as an artist-friendly creative clubhouse due to its unique mixture of old-school feel and new-school appointments. Its versatile staff of skilled engineers and session musicians and vast treasure trove of musical equipment have made it the studio of choice for a diverse collection of big-name artists including Bootsy Collins, Anthrax, Jared James Nichols, Will Lee, Billy Cobham, Russ Taff, Eric Johnson, Beth Hart, Vinnie Colaiuta, JD Simo and We Came As Romans. The studio is expanding the expressive feel of the complex, without losing what made them special to begin with.  “We wanted to find ways to continue doing what we’ve always done — but better!” says Sweetwater Studios Producer/Engineer Shawn Dealey. “What that means for us in a practical sense is making upgrades that will enhance the studio and make it an even more creative and inspiring place to be.”

At the center of these upgrades is Studio A’s new Rupert Neve Designs 5088 Analog Mixing Console. The 32-input console, fully-loaded with Rupert Neve Designs 5052 Mic Preamp & Inductor EQ and 5051 Inductor EQ & Compressor modules, brings high-end analog sound and hands-on control to the recording experience —  elements that have been signatures of Sweetwater Studios’ artist-focused workflow since its inception. “Having a tactile experience means that we can grab an EQ or fader and stay focused on the music and the creative process,” explained Dealey. “Most people associate digital with convenience, but this analog workflow actually makes mixes come together much faster. The sheer musicality of the console makes our job much easier and more enjoyable, and the results more meaningful for the artists that we work with.”

The studio staff took the opportunity to upgrade the entire wiring infrastructure of the studio. With the help of JUMPERZ AUDIO, all of Sweetwater’s studios were outfitted with new wall plates and all new mic, line speaker and instrument cabling from the Pontiac, Michigan-based company. “This allowed us to create a streamlined workflow to access and connect all our spaces and equipment in Studios A, B and C.  Utilizing Avid MTRX converters in all three rooms gives us unrivaled connectivity and expansion. This was a great opportunity to evolve how we do things at Sweetwater Studios,” said Dealey. “By having all of our most inspirational pieces of equipment seamlessly integrated, we can focus entirely on making music with the finest possible ingredients at hand.”

With additional upgrades on the way, including a Dolby ATMOS 9.1.4 system in Studio B for immersive audio production, Sweetwater Studios continues to grow its production capabilities and looks to inspire the next generation of artists. “We believe in the power of music, and understand how important the feel of the studio is to the creative process,” said Dealey. “Given that, we’re always looking towards the horizon of how we can make the studios more welcoming, creative, and comfortable for the artists that we love to work with.”

“Sweetwater Studios is a place where musical creativity has no boundaries,” he concluded. “Where the only limit is the artist’s imagination.”