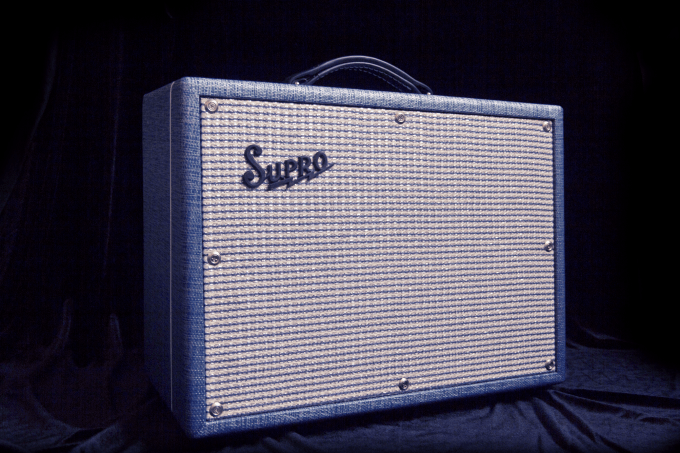 By Michael DiMattio in NAMM 2015 Summer, Supro
No comments

This compact, all-tube powerhouse is physically the smallest amp in the current Supro lineup, cranking out 25 watts of pure vintage American Class-A tone through a single 10″ speaker. The Tremo-verb uses 6973 power tubes and features independent treble and bass controls, footswitchable all-tube reverb and output-tube tremolo. Compact enough to carry on the subway or throw in a cab, yet loud enough to share the stage with a full band, the Tremo-verb is a vintage-styled combo for guitarists on the go. The all-new Supro Tremo-verb reissue tube amp is hand assembled in Port Jefferson, NY and will hit the street at $1299 USD. 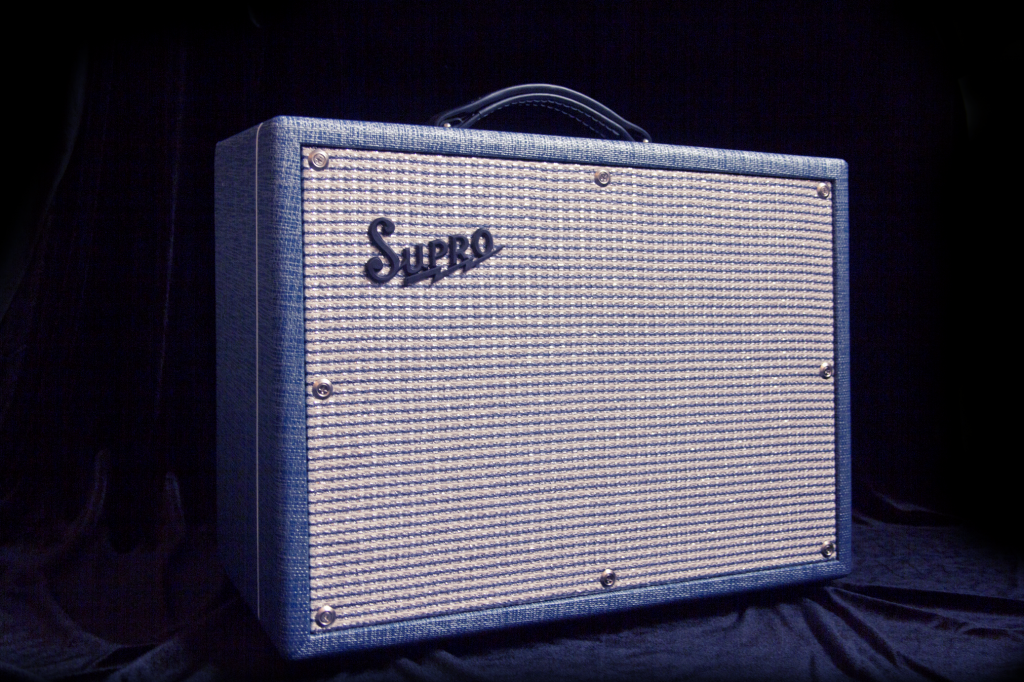 The Tremo-verb’s blue rhino hide tolex, vintage-correct cabinetry and fundamental circuit topology are all drawn from the original Supro Reverb combos of the mid 60s. Like its ancestors, the new Tremo-verb’s power-tube tremolo comes after the reverb pan, lending an ethereal shake and wobble to the enveloping wash of tube-driven spring reverb. The Supro Tremo-verb’s four-spring, 17″ long reverb pan and all-tube reverb drive and recovery stages provide warm and smooth ‘verb that “surrounds the note” without getting in the way, even when the amplifier is cranked up all the way for maximum grind.

The Tremo-verb is the third in a series of Supro reverb amp reissues for 2015. It follows the award- winning Royal Reverb (NAMM Best in Show) and Saturn Reverb (Premier Gear Award), which were both released early in the year.