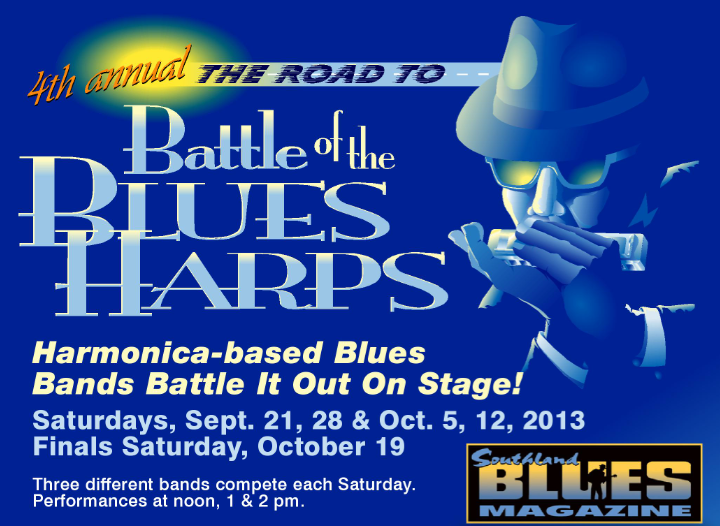 By Michael DiMattio in Free Concert in Orange County California, Leff Rogers, Slick and the BBQ Kings
No comments

This month-long free concert series and battle of the bands kicks off on Saturday, September 21st with LA/Orange County blues bands competing for a $1000 grand prize.

The series preliminary shows are on four consecutive Saturdays starting September 21 with the final showdown of the four weekly winners taking place on October 19, 2013. The winner receives $1,000 and an opening spot to perform at the Southland Blues Magazine 26th Annual Battle of the Blues Harps on Wednesday, November 27, 2013. 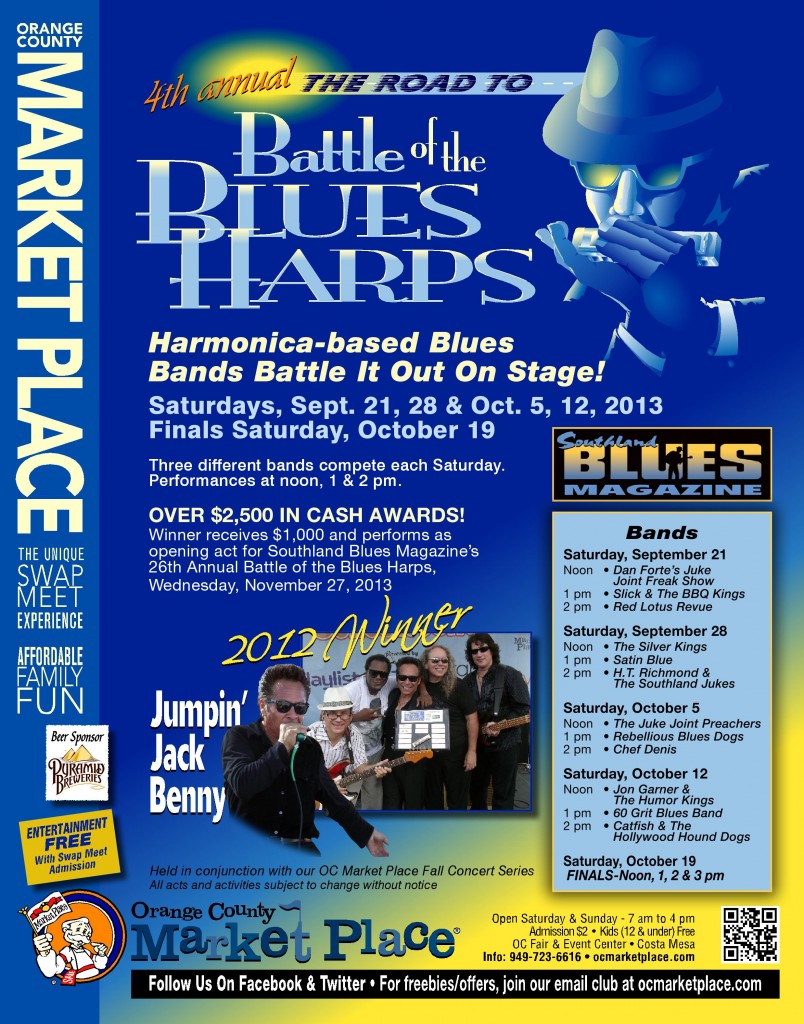 Concerts are held on the Westside Stage located in the Orange County Fairgrounds at the corner of Fair and Fairview in Costa Mesa, California. Three acts will perform each Saturday from 12-3PM.