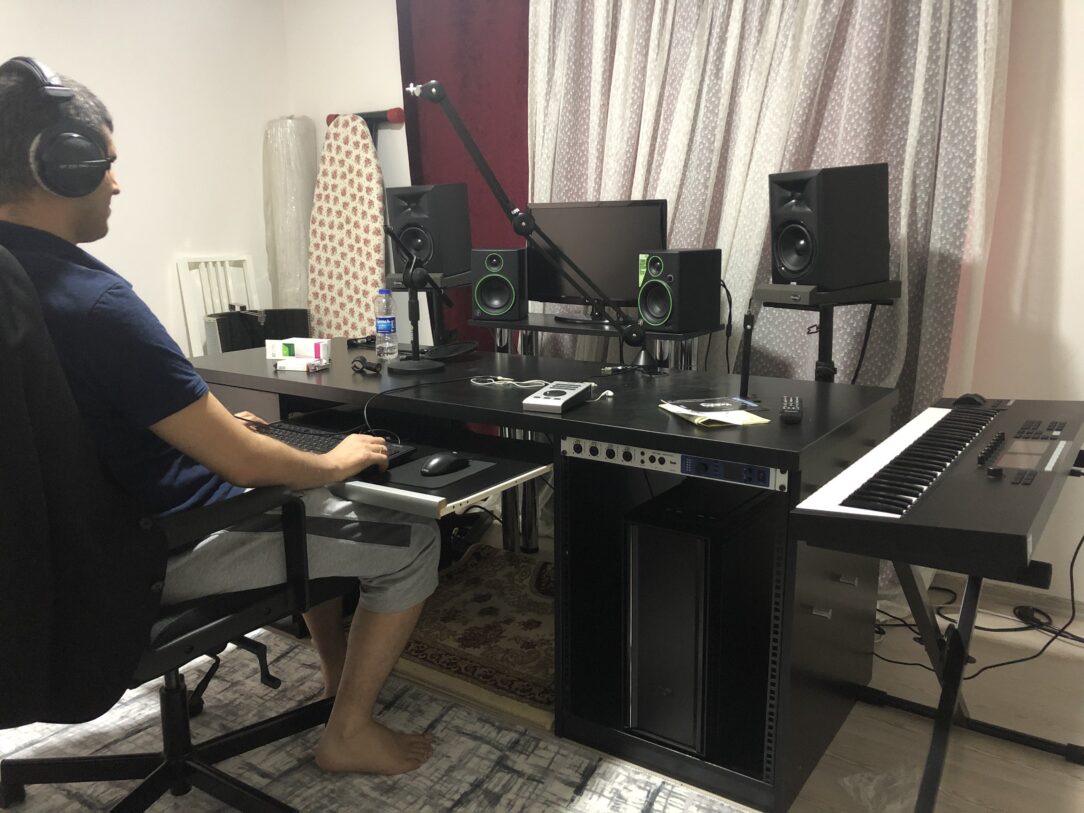 Can Kirca, a visually impaired musician and avid user of RME’s Babyface Pro, was tired of working with audio interfaces that weren’t accessible with his screen reader, a text-to-speech engine designed to verbalize every button pushed and text appeared screen for visually impaired and blind users.

A professional software developer and former Apple employee, Kirca, who currently works IT at Turkey’s National Ministry of Education, teamed up with Alexey Zhelezov of Heidelberg University in Germany to create AZS OSC (open sound control) for Windows, a software application that makes RME’s interfaces accessible to visually impaired and blind users by connecting to their screen readers.

“Unfortunately, most audio interfaces are not accessible with screen readers,” Kirca explained. “I had just bought an RME UFX+ audio interface and it has some buttons on it, but it’s not possible to read the screen or use a magnifier because the screen and text size is very small.”

Creating a Change
In addition to the UFX+, TotalMix FX — RME’s proprietary mixing software which comes with all of its interfaces — was found to also be inaccessible for Kirca.

“When I went to use TotalMix FX, it was not possible to root channels, enable phantom power, control volume and such because it is a completely graphical interface,” Kirca explained.

So, he and his sighted colleague Zhelezov teamed up to change that. They discovered that RME products were compatible with OSC (open sound control), a protocol that allows users to connect and manage devices via the network.

“A user is able to manage their device by typing demands instead of clicking them,” Kirca said. “For example, when you type ‘/vol,’ it allows you to set a value for volume. You don’t need to use a mouse for any graphical interface.”

Kirca reached out to RME to receive the full command list which consisted of about 300 commands.

“We have developed a new application which consists of three views — buttons, sliders and faders,” Kirca explained. “It’s about 100KB, and it’s completely free and completely screen reader-compatible because all the buttons are labeled, and all sliders are labeled. You can use your computer keyboard to navigate between options.”

Now, visually impaired and blind users can manage all controls on RME devices with the AZS OSC application.

“I can now complete my headphone output, my microphones, my monitors and enable phantom power,” Kirca said. “All these options are finally available for blind users.”

Making Superior Audio Accessible to All
Since the release of AZS OSC, Kirca said blind musicians from across the world have been gravitating towards RME’s interfaces.

“Finally, a really quality audio interface has been made accessible,” he said, adding that he helps blind users set up their interface via Skype no matter where they are in the world. “Now, blind users can use RME devices to create podcasts or to record, mix and master their music.”

“There are so many blind musicians in the world who are making great recordings,” Kirca continued. “We are changing the approach for the professional interface and showed the world that you can make it accessible if you want. I hope this will be an example for other companies. They can make their products accessible using the method that we used and, believe me, this is a very easy process. It’s important to be connected and help others.”

“There are also visually impaired musicians among the world’s leading mix and mastering engineers,” Kirca continued. “For a lot of these professionals, their only need is finding an accessible way to work with software and hardware.”

The application is currently available free at: https://cankirca.com/rme-accessibility/

For more on RME, visit rme-usa.com