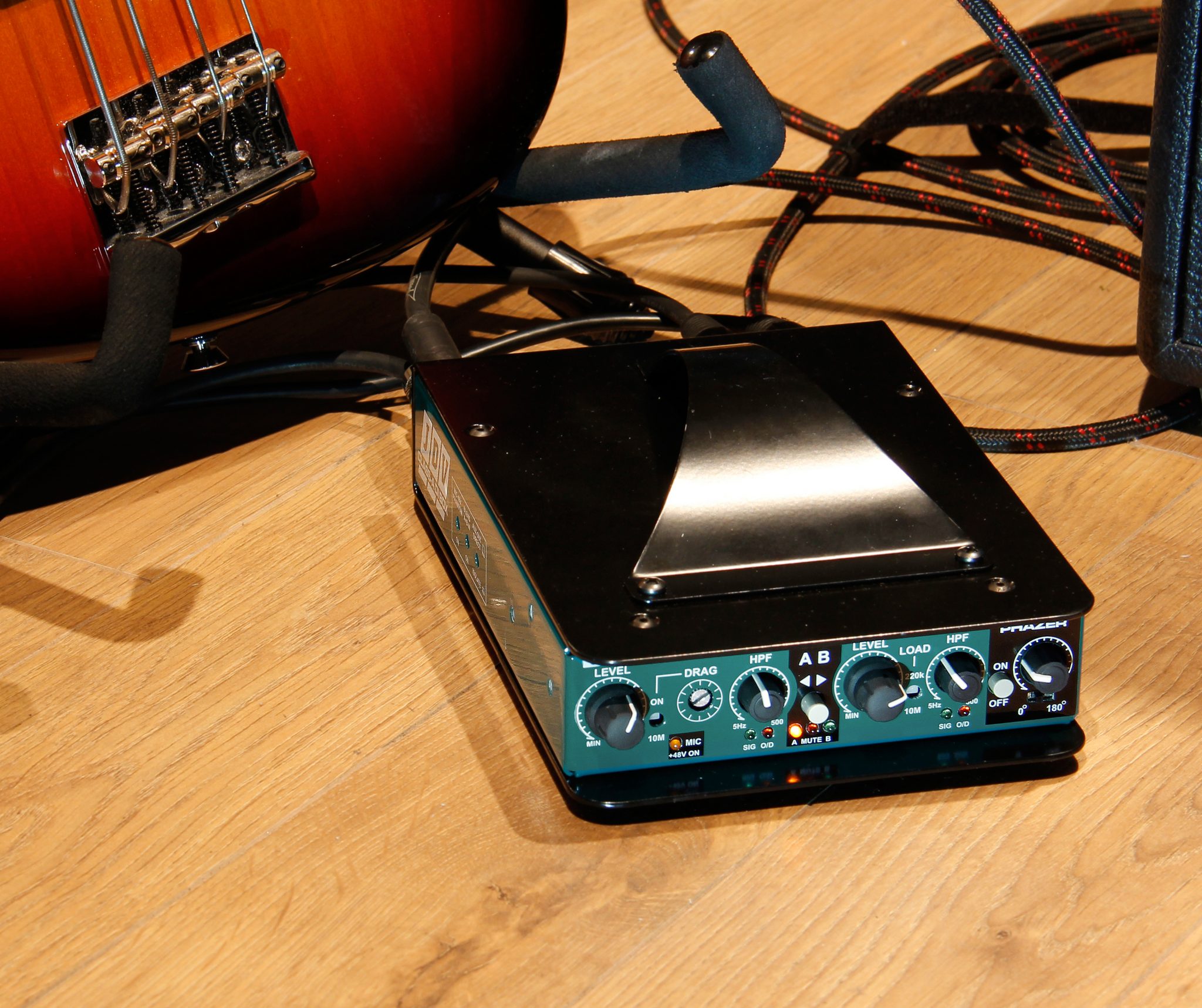 Radial Engineering Ltd. is pleased to announce the new generation of JDV – the JDV Mk5 – is now shipping. 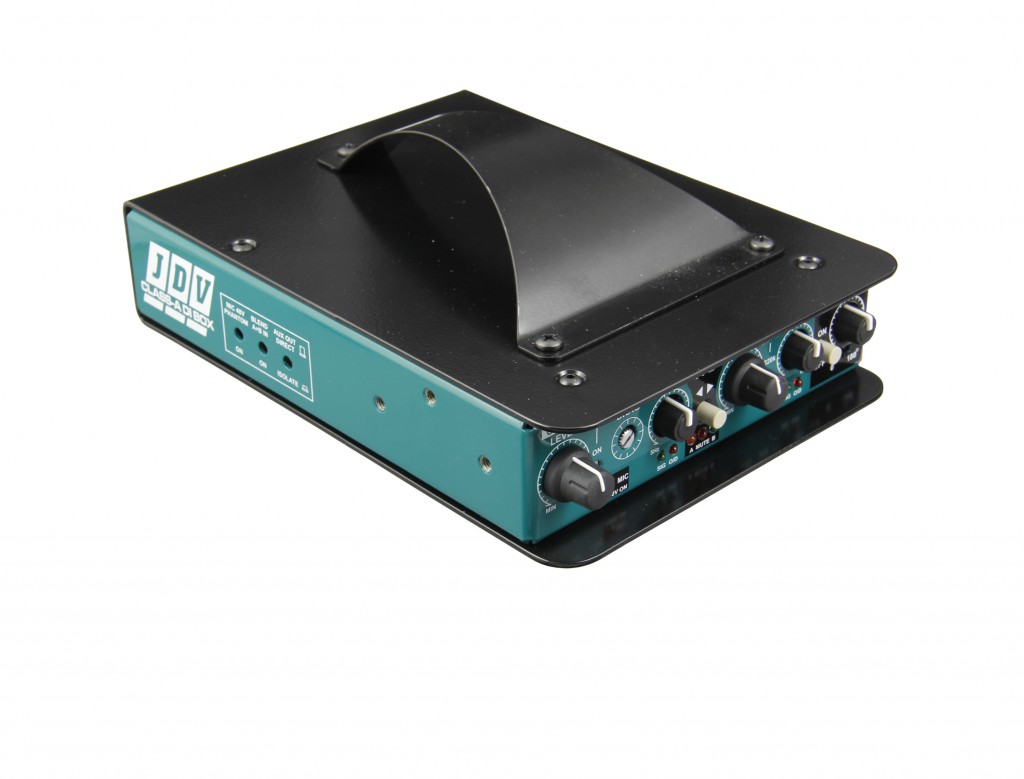 Radial President Peter Janis explains: “The origins of the JDV can be traced back to the 1980s when Vancouver was a hot spot for some of the most commercially successful recordings of all time including works by artists Bryan Adams, AC/DC, Metallica, Elton John, Aerosmith, Loverboy and Bon Jovi. It was also home to Bruce Fairbairn and Bob Rock. Little Mountain Studios was the epicenter.”

“Behind the scenes was studio designer and technical whiz John Vrtacic. John was the guy that designed the monitors, modified and rebuilt the consoles and created some of the unique tools that set Little Mountain Studios apart. Artists would often talk about the amazing bass sound that John’s custom-made direct box produced. What John had discovered was a way to buffer the signal without the use of negative feedback. I remember being in John’s home laboratory as we were testing various direct boxes. He put up a square wave and showed me how others had overshoot and ringing while his design was exceptionally accurate.”

“Soon after we launched the Radial JDI passive direct box, and I asked John’s assistant Ron ‘Obvious’ Vermeulen to compare various direct boxes to prove that the JDI was best. During these tests, unbeknownst to me, Ron also tested John’s custom made unit. He called me up and told me that John’s box was so much better than the other active ones on the market that I should approach John to see if he would sell me the design. He did and the first generation JDV (V for Vrtacic) was born.”

The JDV Mk5™ is a 100% discrete class-A active direct box that retains the original zero-negative feedback topology, yet adds an incredible array of features.

The new design begins with two inputs, each with a volume control signal presence and overload LEDs, plus a fully variable high-pass filter to tame excessive bottom end resonance. Selecting between the two inputs can be done using the front panel AB select or by adding an optional JR2™ remote control. This also enables the user to mute the output to change instruments or quiet the system down between sets.

Although capable of handling any type of signal, the JDV Mk5 is primarily intended for use with bass and acoustic instruments.This means that the two inputs have been optimized to handle any type of instrument, be it electric or acoustic with an eye on making it easy to switch between them without losing a step!

Input-A is equipped with Drag™ control load correction that enables the artist to sweep the input range from 10 K-Ohms up to 1-megohms.This is of particular importance when using bass guitar as it enables the artist to replicate the ‘sound and feel’ as if connected directly to the bass amplifier. A side-access ‘mic select’ activates a dedicated balanced TRS mic input to allow the JDV to be used with instrument mounted condenser microphones.This ‘set & forget’ switch is complimented with 48V phantom power with front panel LED indicator. A unique safety feature ensures phantom power will not be mistakenly activated which otherwise could harm a pickup if connected in the wrong input.The safety feature can be bypassed by changing the position of an internal jumper.

Input-B is equipped with a load selector switch that toggles between 200 K-Ohms for passive basses and 10-megohms for use with piezo transducers. Elevating the impedance on a piezo extends the frequency response and smoothes out the transient response for a more natural sound. Where things get really exciting is when you combine the two channels. A side access ‘blend’ function turns both on at the same time so that you can combine a magnetic pickup with a piezo or mix a microphone with a pickup.The built-in Phazer™ lets you align the two audio sources so that you can find the sweet spot and deliver what can only be described as the most natural sound ever from an electrified instrument.

The rear panel is also jam-packed with features: in addition to the two unbalanced instrument inputs and the balanced mic input, a thru-put is provided to feed an on-stage amplifier. This is complimented with a side-access switch that can introduce an isolation transformer into the signal path should a ground loop be encountered. A dedicated tuner output has also been included to provide the artist with consistent visual feedback even when the JDV Mk5 is muted.

The balanced XLR output is equipped with a 180° polarity reverse to either phase align the PA system with the on stage amp or help eliminate acoustic hot spots on stage that could otherwise cause feedback. To reduce stage noise, a ground lift switch eliminates hum and buzz caused by ground loops while a transformer may be inserted into the XLR signal path to provide 100% isolation. When recording, the engineer can select between direct or transformer isolated outputs or elevate the output to a fully balanced professional +4dB line level to feed a recorder without having to pass the signal through an external preamp.

These features combine with what many consider to be the finest sounding direct box ever made. Janis closes with this: “When artists plug into the JDV, they often comment how good it sounds. We tell them it is not the JDV that sounds so good, only that this is the first time you have ever heard your bass without distortion, artefact or constraint.”

For more on the JDV Mk5