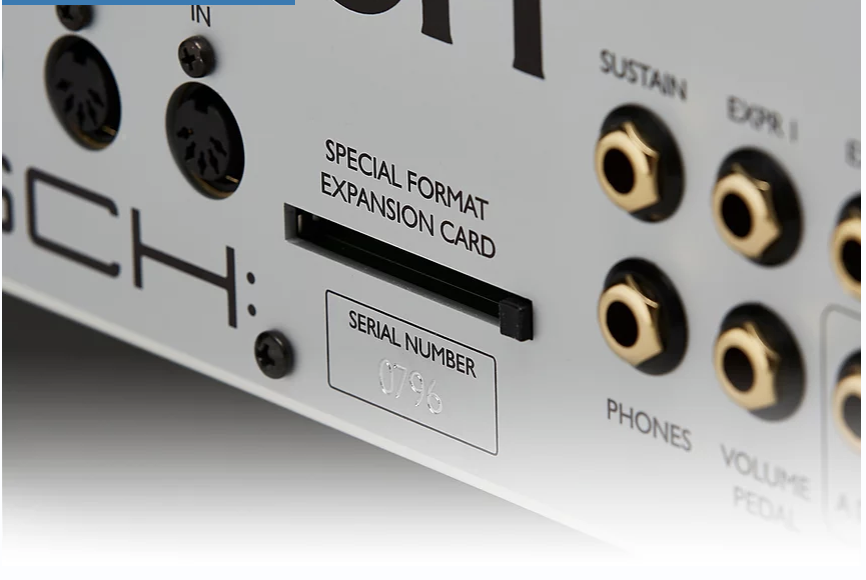 Sound Card 05 contains 128 sounds of some unreleased gems from the Mellotron library, but also looped versions of the MkI, MkII and a selection of M400 sounds.  Here is the sound list for Sound Card 05.

In chronological order there are some unreleased Rhythm and Fills from the MkI/II sessions, along with Rhythms and Leads from the M300 that were never used. Card 05 also contains the M300 A and B Rhythms that have so far only been available in the very rare M300 Mellotrons. Lastly, card 05 contains some synth sounds, some of which have never been released before.

We present the MkI/II, M400 and new synth sounds both in unlooped (original) and looped versions. The looped sounds begin looping after the “intro” (attack).

Sound Card 05 contains 128 sounds and is inserted into the expansion slot of the M4000D series units. Then you have 228 sounds for immediate access and that can be mixed independently in the playlists you create.