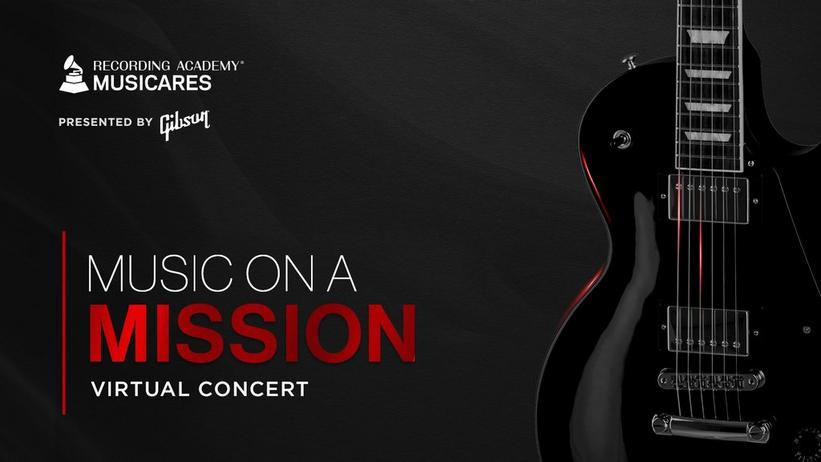 The virtual concert will celebrate both the power of music and Joni Mitchell as the 2022 MusiCares® Person of the Year honoree, with every dollar of ticket purchases distributed to those in need in the music community. Music on a Mission will air on Mandolin, the premiere concert livestream platform for artists, venues, and fans.

For Music on a Mission, MusiCares has partnered with Gibson, the iconic American instrument brand headquartered in Nashville, TN, that has shaped the sounds of generations of musicians across the globe, and emerged as the most relevant, played, and loved guitar brand around the world. MusiCares and Gibson are excited to bring back Music on a Mission for music fans worldwide to enjoy GRAMMY® Week and be a part of helping musicians in need because music gives so much to the world. The virtual broadcast and fundraising event will include never-before-seen performances from today’s biggest stars and impassioned testimonials from members of the music community who have been helped by MusiCares.

“Music on a Mission started as a response to the COVID-19 pandemic and we were blown away by the support from the music community, industry professionals and of course music fans,” said Laura Segura, Executive Director of MusiCares. “We’re so thankful that Gibson recognizes the importance of this event to both fans and professional musicians and that they’ve signed on to help us make Music on a Mission a reality again this year.”

“MusiCares does so much for our music community, the critical care and aid they provide is needed now more than ever in recent years,” adds Elizabeth Heidt, VP of Global Cultural Influence at Gibson Brands. “As a key partner of Gibson Gives, it is not only our honor, but also our duty to help bring Music on a Mission back, and to continue to raise awareness and funds for MusiCares.”

Music on a Mission was first held in March 2021 to respond to the thousands of live event professionals, tour crews, songwriters, producers, engineers, performers, and support staff left unemployed as the COVID-19 pandemic devastated the music community. Upwards of 17,000 people bought tickets, with over 850,000 supporter page views, raising over $2 million, which was distributed directly back into the hands of those in need in the music industry.  Tickets for Music on a Mission Presented by Gibson are on sale now for $25 at https://bit.ly/MusiconaMission.

ABOUT MUSICARES:MusiCares helps the humans behind music because music gives so much to the world. Offering preventive, emergency, and recovery programs, MusiCares is a safety net supporting the health and welfare of the music community. Founded by the Recording Academy® in 1989 as a U.S.-based 501(c)(3) charity, MusiCares safeguards the well-being of all music people through direct financial grant programs, networks of support resources, and tailored crisis relief efforts. For more information please visit:www.musicares.org.