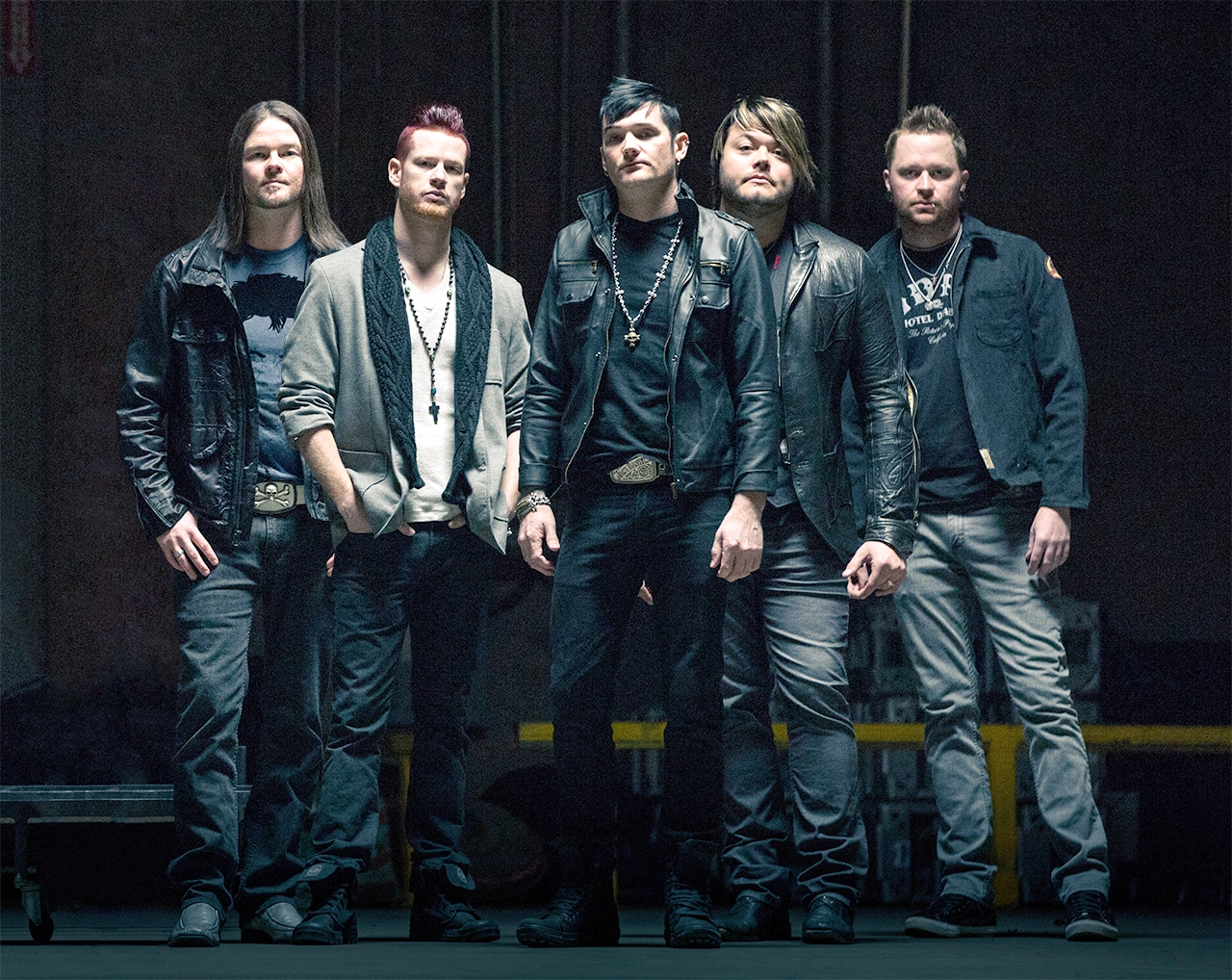 Multi-platinum rock group Hinder, which has sold over 3.8 million albums and more than 7.5 million singles, garnered north of 130 million video views, and racked in 50 million spins on Spotify, and counting, is back with their fifth full-length album When The Smoke Clears coming May 12 via The End Records/ADA. The anthemic rockers have unveiled their music video for “Hit The Ground,” the first single from the new album, with Yahoo! Music. 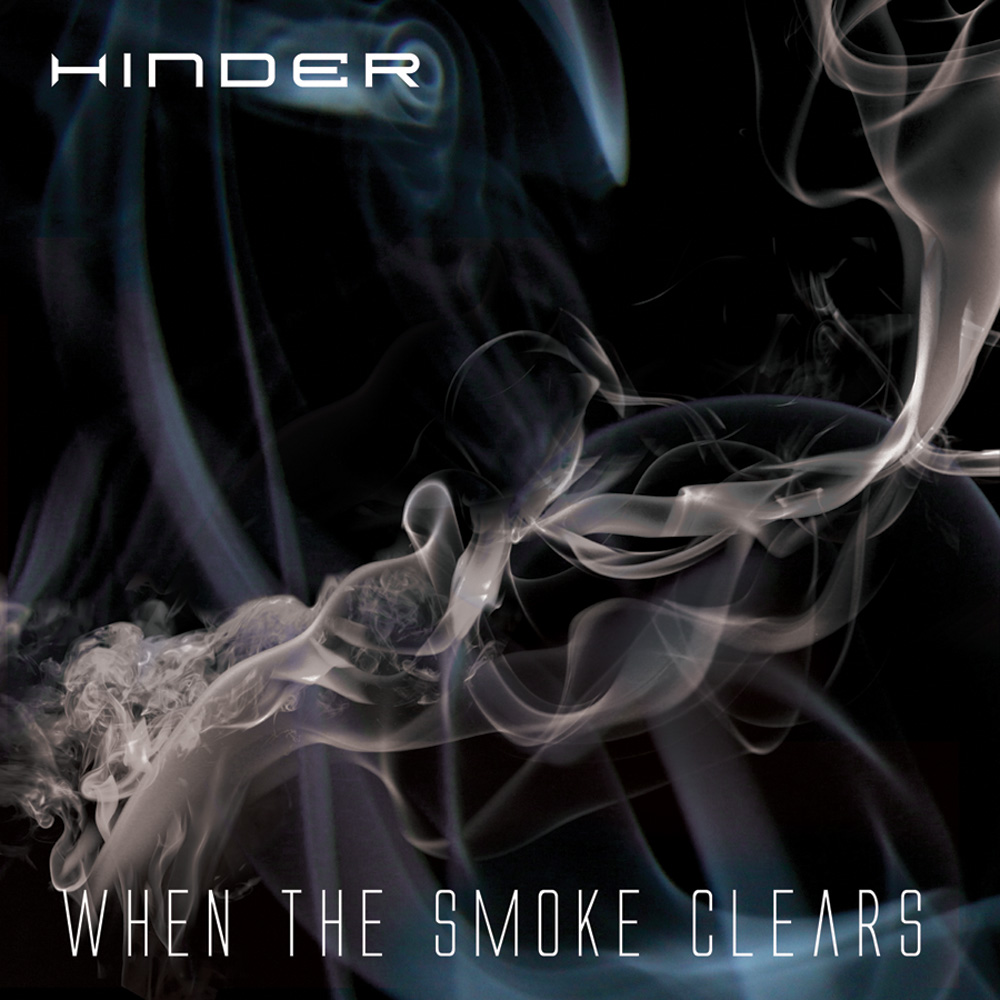 The video for the track, which Billboard proclaims “…falls right into the band’s arena rock wheelhouse,” is also a debut for the band’s new frontman Marshal Dutton. The video was filmed at Chevy Bricktown Events Center in the band’s hometown of Oklahoma City, and features the guys doing what they do best, living and breathing life on the road.

Singalong anthems, such as “Get Stoned” and “Lips Of An Angel,” shot them to megastardom, establishing Hinder as the next wave in anthemic rock. Now with over a decade-plus career under their belts, and having honed their live chops touring with the likes of Mötley Crüe, Nickelback, Aerosmith and Papa Roach, Hinder’s upcoming album with their new lead vocalist Marshal Dutton has breathed new sound, and new air, into the ever-evolving band.

“We’ve made a really great record,” said drummer Cody Hanson. “Once the fans get a hold of it, they will be very happy with it. This band was built around a strong core of hard work and friendship. Like it or not, we’re going to be around for a long time.”

The band, which released its debut Extreme Behavior in 2005, followed by 2008’s Take It to the Limit, 2010’s All American Nightmare, and 2012’s Welcome to the Freak Show, has every reason to have that kind of unfettered confidence in the new album. They have an unfuckwithable foundation, one that is bolstered by true friendships and proven know-how when it comes to writing and recording songs.

The songs on When the Smoke Clears run the gamut from rowdy rock to subtle country influence to memorable pop hooks, all of which retain the DNA-distinct spirit of Hinder. That ability to walk the tightrope between genres, without a net, is something Hanson is proud of. “We can cross genres whenever we want,” he said. “We don’t want to be a band that can only do that one thing. We have something for everyone. We’ve always been that way. Having the ability to do our own production, having our own studio, gives us a chance to experiment and try new things.”

“Hit the Ground” is a key song on the album, since the lyrical content is so genuine. “Through the years, we’ve been known as a party band,” Hanson acknowledged. “That is still our thing, but we’ve lived every lyric in this song. We know what it feels like to have our entire world crash down around us. The song shows fans where we were mentally. And we know how true the last line of the chorus really is.” The line he is referencing – the powerful statement that “Falling feels like flying ’til you hit the ground.”

It was during the album cycle for their fourth album, 2012’s Welcome to the Freak Show, when Hinder made the decision to part ways with longtime vocalist Austin Winkler. The band also left its longtime label digs at Republic Records and settled in at powerhouse indie label, The End Records.

What might seem like a time of uncertainty on paper was actually fueling the band’s forward progress in reality.

Dutton, a part of the Hinder family since 2009, began co-writing/producing on the All American Nightmare album and has been a co-producer on every Hinder release since. He fell right in line, making the transition seamless without requiring any sort of learning curve or adjustment period, since Dutton was joining forces with a well-oiled machine, the members of which trust each other implicitly.

“Marshal has been helping mold the Hinder sound for several years,” says Hanson. “Whenever we’re working together, everything just feels right and it clicks. We couldn’t be happier to finally announce him as an official member.”

Despite the period of change, it was actually the Hinder faithful that inspired the band to continue on – Hinder’s direct, personal connection to their fans that Hanson, Garvey, King, and Rodden worked diligently through the years to forge.

Hanson admitted, “We knew a change had to be made or we couldn’t continue. We had fans reach out to us, asking us to figure out a way to keep going forward. That meant a lot to us. So we did what we had to do. The four of us have been playing music together for over a decade now. It’s crazy to think we have spent as much time together as we have over the years and we’re still such great friends. That’s what sets this band apart. It’s an amazing support system.”