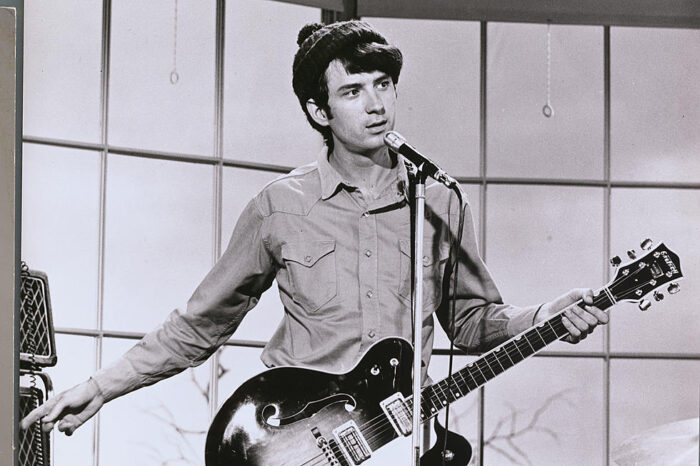 The Texas native wrote many of the popular songs for the TV boy band, such as “Mary, Mary,” “Circle Sky,” “Listen to the Band” and “The Girl I Knew Somewhere.”

The group’s and Nesmith’s manager, Andrew Sandoval, spoke out on social media.

“It is with deep sadness that I mark the passing of Michael Nesmith. We shared many travels and projects together over the course of 30 years, which culminated in a Monkees farewell tour that wrapped up only a few weeks ago,” said Sandoval. “That tour was a true blessing for so many. And in the end I know that Michael was at peace with his legacy which included songwriting, producing, acting, direction and so many innovative ideas and concepts. I am positive the brilliance he captured will resonate and offer the love and light towards which he always moved.”

Lanky and laconic, with his head crowned by a trademark wool watch cap, Nesmith served as singer and guitarist, and sometime songwriter, for the Monkees, the Beatles-styled quartet assembled for NBC’s hit 1966-68 musical comedy series.

Nesmith’s final show was less than a month ago, when he and the cohort who is now the Monkees’ only surviving member, Micky Dolenz, capped a farewell tour at L.A.’s Greek Theatre Nov. 14. The duo were booked for a cruise in early 2022 that was to have served as a truly final gig together.

Dolenz said in a statement: “I’m heartbroken. I’ve lost a dear friend and partner. I’m so grateful that we could spend the last couple of months together doing what we loved best – singing, laughing, and doing shtick. I’ll miss it all so much. Especially the shtick. Rest in peace, Nez. All my love, Micky.”