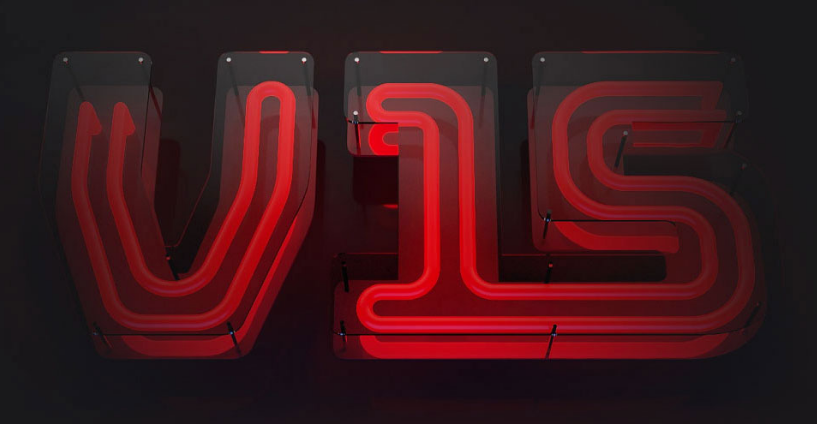 Music production and audio processing advanced tools maker MeldaProduction is proud to announce advancements to all 112 plug-ins (and counting) comprising the last plug-in suite anyone will ever need being boosted by the ultimate update to new-found V15 standing set to further distance it from the sound of the crowd by bringing so many improvements and fixes to the production table — not only resulting in faster and more stable plug-ins that are more compatible with various DAWs (Digital Audio Workstations), but, better still, readily representing a major update to their user experience — for free to existing users, as of September 30…

According to MeldaProduction founder Vojtech ‘Melda’ Meluzin, “It all started when I was way younger. As a drummer and a programmer, I wanted to create a replacement for myself, and, perhaps, create a few plug-ins to mix my own music, but things got out of hand! The result is 112 plug-ins.”

Put it this way: while applying innovative thinking to creating sounds that matter with inspiring user interfaces that are as easy to use as they are versatile with never-ending improvements still sums up MeldaProduction’s gifted game plan, perhaps applying the ultimate update with its V15 notable nomenclature to all of those plug-ins — proudly introducing them to the musical masses as 15th generation advancements to their predecessors — was assured after so many years of listening to the wishes of and feedback from so many loyal fans and users worldwide. Which is why Vojtech Meluzin has this to say: “We at MeldaProduction tend to make our plug-ins as versatile as possible; in V15, we focused on workflow.”

Which is why over 35 of MeldaProduction’s Multiplugins — a previously-introduced concept whereby the most complex effect plug-ins contain several devices, rather than just a ton of presets — now have unique GUIs (Graphical User Interfaces) for each device they contain, courtesy of V15’s new Multiplugins 2.0 system. Ultimately, users can more easily control plug-ins almost without looking… plug-ins like MTurboComp — the ultimate (not-only) compressor, emulating most classic vintage analogue compressors; MTurboReverb — a revolutionary algorithmic reverb, featuring around 100 superb- sounding reverbs in a single plug-in that even lets its users design their own reverb algorithms; MUnison — a unique combination of a doubler/unison and a smart harmonizer; or MWobbler — a unique distorting filter originally designed to produce dubstep wobbling basses, but also acting as a great multipurpose filter for just about any audio material.

Meanwhile, MSoundFactory — maybe the most powerful software instrument out there, thanks to its modular nature — has gained an abundance of new V15-induced instruments; in total, users now have access to almost 3,500 presets and devices with more yet to come with each and every update going forward… now, that’s a game changer!

Continuing, Vojtech Meluzin means business when saying,“What hasn’t changed is our attitude.” And adds: “We still offer free-for-life updates, and our users will always be able to use multiple plug-ins on all the computers they own.”

On the face of it, then, MeldaProduction’s V15 really represents the last plug-in suite anyone will ever need now more than ever, thanks to this ultimate update offering unlimited sonic options and a plug-in for every purpose, with all areas covered. Concludes Vojtech Meluzin: “At least get the 15-day fully-working trial version, or grab our MFreeFXBundle containing almost 40 plug-ins… that’s a no-brainer!”

Needless to say, the best things in life are free, as evidenced by anyone familiarising themselves with MeldaProduction’s ‘MPhilosophy’ by grabbing that MFreeFXBundle. Moreover, its 37 free plug-ins span EQ, modulation effects, reverb, saturation, and much more besides, including MAutoPitch — MeldaProduction’s simple yet superb-sounding automatic pitch correction plug-in, perfect for vocals and other monophonic instruments, to name but one acclaimed example benefiting from the V15 treatment, with no catch whatsoever!

With those 35 design updates standing tall amongst almost 90 fixes and improvements implemented as a result of MeldaProduction’s meticulous research and development, as well as working hard to meet the demands of its users, advancements to all 112 plug-ins (and counting) comprising the last plug-in suite anyone will ever need being boosted by the ultimate update to new-found V15 standing set to further distance it from the sound of the crowd should surely be seen as well as heard to be believed. By improving performance, stability, and optimisation of all those plug-ins so that they will flawlessly adapt to the most recent operating systems and processors to reliably get the most out of them, while also improving its plug-ins’ communication with user accounts — activating and checking for updates is now easier than ever, albeit still catering to those who prefer to stay offline — and flawlessly adapting to a whole host of environments, whether working with HiDPI monitors displaying sharper text and more detailed images than a standard DPI monitor, dual monitor setups, or touchscreen monitors, MeldaProduction has got its existing and future users covered. Clearly, V15 is, indeed, the ultimate update… and a game changer and no-brainer to boot — all the more so since it is free to existing users!

If they have not already done so, anyone wishing to take advantage of MeldaProduction’s V15 advancements to all 112 of its plug-ins (and counting) can create an account for free from here: https://www.meldaproduction.com/register/(MeldaProduction’s license model lets users run its plug-ins on all their computers without dongles and with free-for-life updates; however, a name and address is required for this license model to work — hence needing to create an account.)

MAudioPlugins V15 — the latest versions of the 112 plug-ins (and counting) comprising the last plug-in suite anyone will ever need, in other words — can be downloaded as 64-bit AAX-, AU-, VST-, and VST3-compatible plug-ins for macOS (10.9+) and 32- or 64-bit AAX-,VST-, and VST3-compatible plug-ins for Windows (Vista/7/8/10) from here: https://www.meldaproduction.com/downloads(All MeldaProduction plug-ins are available as 15-day fully-working trial versions; thereafter they start emitting noise, so users should simply purchase any plug-ins they wish to own afterwards and activate them to receive a license to run them on all their computers without dongles and with free-for-life updates.)

Moreover, MCompleteBundle (https://www.meldaproduction.com/MCompleteBundle) — an ultimate collection currently comprising 114 effects and instruments, including MDrummer, MSoundFactory, and MPowerSynth, as well as dynamics processors, EQs, modulation effects (including chorus, phasers, and reverbs), stereo tools, and analysers — is currently available to purchase for a time-limited promo price of only €1,050.00 EUR — representing a 50% saving — until the end of October 2021, rising thereafter to its regular price of €2,099.00 EUR. (Anyone already owning any of its plug-ins can purchase MCompleteBundle at a specially discounted price — the size of the discount applied being dependent on the value of the plug-ins that they already own — by logging on to their account.)