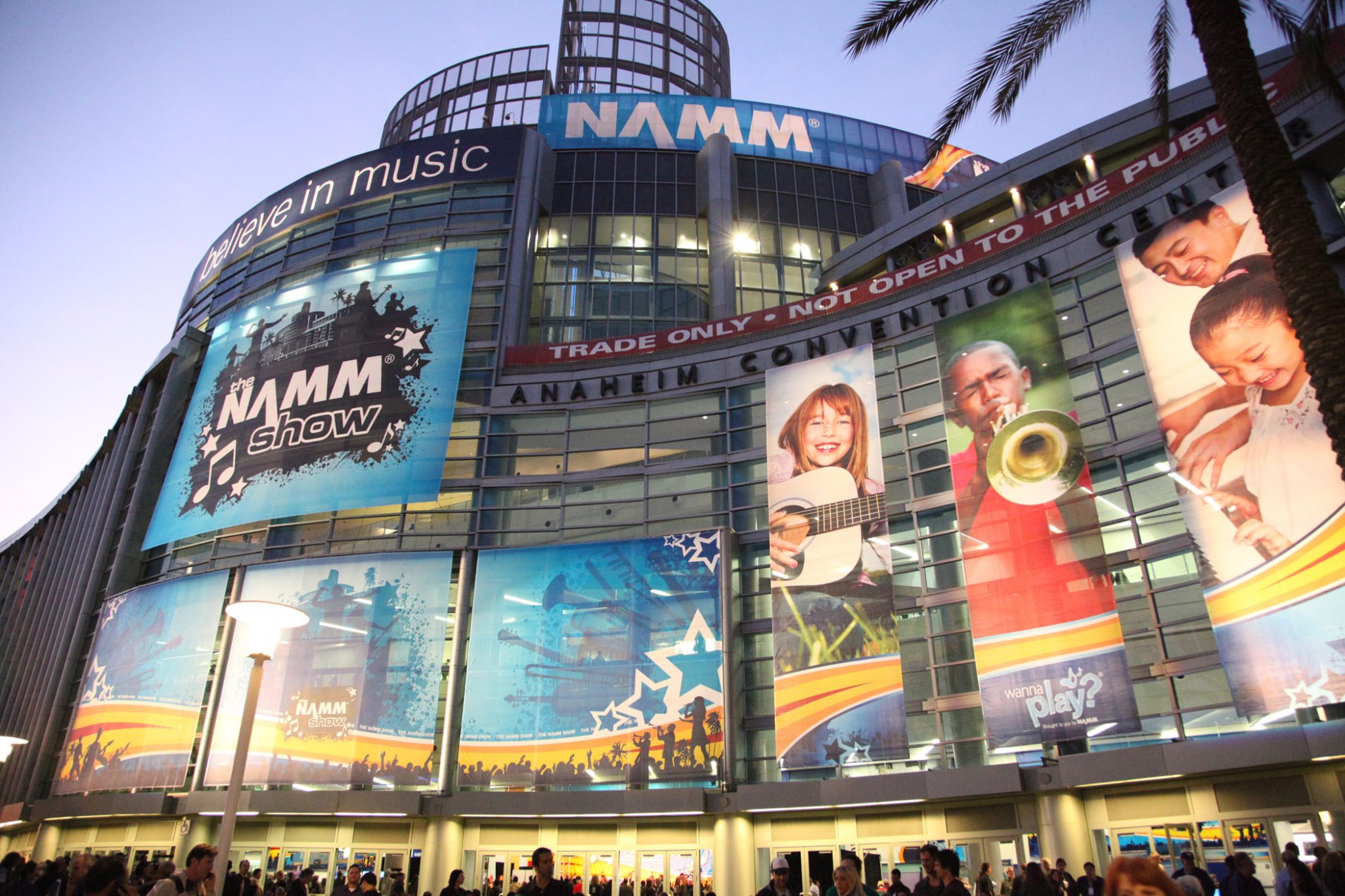 By Michael DiMattio in NAMM 2014
No comments

The global music industry is busy designing new products, dreaming up events and crafting creative marketing themes in preparation for the NAMM Show’s return to the Anaheim Convention Center, January 23-26, 2014. Manufacturers, retailers and other professionals in the music product, instrument, pro-light and audio world depend on the NAMM Show to amplify business, and set the stage for success at the start of each new year.

“The NAMM Show has been called the ‘World’s Show’ by our membership and our team is honored to be entrusted with the responsibility of putting it on,” said Joe Lamond, president and CEO of NAMM. “NAMM’s 2014 event will feature exhibitors from around the globe debuting amazing new products, educational tracks aimed to support our members’ growth and more music, concerts, parties and networking opportunities than ever before. It is without a doubt the biggest industry ‘family reunion’ of the year. I cannot imagine why anyone would choose to miss it.”

The National Association of Music Merchants (NAMM) brings back all the much-lauded features from last year’s show, including in-hotel badge pick-up, fewer ID checks and increased opportunities for professional development, while adding even more spots for networking, and great live entertainment on The Grand Plaza Stage for 2014. The NAMM Show’s open lobby will include a greater array of services and facilities for Members, such as the Member Center, the NAMM Foundation kiosk, and a special exhibit from the Museum of Making Music.

New for 2014, on Wednesday night the industry is welcomed on arrival to Anaheim with a block party held in the Grand Plaza. Featuring live entertainment and a selection of the city’s best food trucks, the gathering is an ideal opportunity for the industry to connect and unwind together after a long day of set-up and travel.

Entertainment – Members applauded the increase in live music with the addition of the new Grand Plaza Stage. For 2014, NAMM promises to up the ante with Grand Plaza entertainment that will keep the momentum of the day going strong with, what else? More music! The Venue Stage, located in the courtyard between The Venue (in the arena) and the Hilton will feature live music, but also product demonstrations throughout the show, and hands-on music making events including ukulele and drum circles. Submit bands and performers for the NAMM stages starting September 9, 2013.

Networking – Greeting old friends, making new ones, and conducting vibrant business is central to the NAMM Show, and the 2014 show will provide ample opportunities. Hotel lobby entertainment schedules are being designed to accommodate enterprising, business-friendly meetings that encourage camaraderie among the industry as the day turns to night.

TEC Awards  — The TEC Awards are now being produced as part of the NAMM Foundation and are a growing attraction at the NAMM Show. The event promises a truly high-caliber show celebrating the individuals, companies and technical innovations behind the sound of recordings, live performances, films, television, video games, and other media. The event will be held Friday, January 24 from 6 – 9 p.m. in the Hilton Pacific Ballroom. For tickets, visit www.tecawards.org.

Registration opens for NAMM Member exhibitors and retailers October 2, 2014. Exhibit space is still available for the 2014 event. The earlier a company commits, the more location options will be available. NAMM Member hotel bookings open Oct. 2 with non-member housing opening November 13. Find more info for making the most of the 2014 NAMM Show at http://www.namm.org/thenammshow/2014.