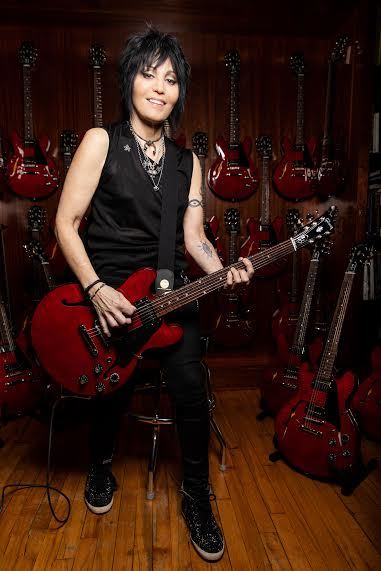 Rolling Stone and Gibson have teamed up to offer a special week-long series of music performances and give music fans the first-ever chance to make a charitable donation to support musicians worldwide and walk away with a piece of rock ‘n’ roll history.

As previously announced, Rolling Stone’s “In My Room” Presented by Gibson will be headlined this week with a rare special performance from rock ‘n’ roll icon JOAN JETT on Friday, April 24. The week will also feature music performances from Gibson artists LUKAS NELSON on Wednesday, April 22 and JAMES BAY on Monday, April 20. Tune-in to watch the “In My Room” music series Monday, Wednesday and Friday at 3:00 p.m. ET on Rolling Stone’sInstagram—Here.

“Gibson Guitars and Rolling Stone have been partners for over fifty years, so it seems natural to take our partnership to a new creative level for our fans during this challenging time,” says James ‘JC’ Curleigh, President and CEO of Gibson. “Along with our iconic artists, we are proud to support MusiCares through our Gibson Gives movement at such a pivotal time for musicians and the music industry.”

“About a month ago, we launched ‘In My Room’ as a way to foster greater connection between Rolling Stone fans and the artists they admire most,” says Gus Wenner, President and COO of Rolling Stone. “We found the perfect partner in Gibson, who similarly believes that music brings people comfort, and provides a welcome distraction and powerful message, particularly during stressful times in our society. We’re thrilled to partner with the Gibson team and three extraordinary artists to give back to the music community through MusiCares at a moment when it’s needed most.”

Arriving first at auction on CharityBuzz.com, JOAN JETT teamed with Gibson guitars to donate an autographed, limited-edition ‘Gibson Joan Jett ES 339 Electric Guitar’ in Wine Red–of which only 150 were made worldwide–Here.

Bidding for the autographed guitars will open on CharityBuzz.com on Monday, April 20 at 11:00 AM ET and close on Friday, May 8 at 3:00 PM ET. Shipping is contingent on COVID-19 restrictions; shipping ETA Summer 2020. For more information, visit: http://www.charitybuzz.com/RollingStoneGibsonHomeMadeMusic.