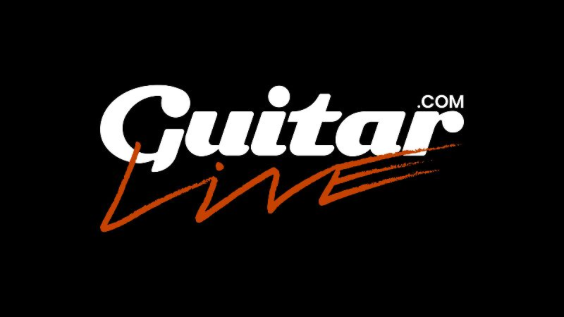 The three-day Virtual Guitar Show will be held October 2-4. Entry is free but register NOW for updates and exclusive access at guitar.com/live.

Guitar.com, the world’s leading guitar media brand, has released a first look of what is shaping up to be a very exciting programme for Guitar.com Live including player favourites global guitar brand Fender, legendary blues-rock player Joe Bonamassa, next gen guitar stars Mateus Asato, Daniel Donato and Ariel Posen, and Harmony Guitars. Spanning three days in October, Guitar.com Live promises to bring the whole guitar world together, from the makers, to the artists, players and fans.

Evan Jones, Fender CMO says: “Guitar.com has been a solid partner for us as a destination for guitar news, reviews and features. In our continued current circumstances, it is more important than ever for brands to find new ways of connecting the power of music and telling stories through online experiences. We are not stopping here at Fender, and neither are artists and players around the world! For exclusive Fender interviews, product demos and more –we’ll see you there on October 2nd.”

Fender, and Harmony Guitars are on board as official partners, along with previously announced founding partners Taylor Guitars, PRS, Ernie Ball and MONO.

The world’s leading blues-rock virtuoso, Joe Bonamassa, kicks off the artist line up with a show-and-tell of some of the most amazing instruments in his incredible collection. One of the most beloved guitarists in the world today, the Grammy-nominated Bonamassa is a true modern guitar hero, who has had 11 No 1 albums on the Billboard Blues chart to date, and remains one of the genre’s most popular and influential voices.

Joe Bonamassa says: “I’m looking forward to this innovative new event and will be showcasing some of the rarest and most interesting guitars in all of Nerdville.”

The artist line up also features the leading lights of next gen guitar players:

Mateus Asato: Guitarist extraordinaire and an incredibly versatile player. He has performed with artists such as Tori Kelly, Jesse J and Bruno Mars, and wields immense social star power. Matteus is one of the most inspirational and in-demand guitar players in the world today.

Daniel Donato: Declared a guitar prodigy in his late teens, now 25 years old, Daniel has established himself as one of the most in-demand players in Nashville. He has just released his debut cosmic country album, he’s toured with The Wild Feathers and has been featured on Jimmy Kimmel Live!. Last year Guitar.com named him one of the 50 most exciting new guitarists to watch out for.

The world’s leading virtual guitar show, Guitar.com Live running 2-4 October 2020. Entry is free but make sure you register ahead of time for event news and updates in the lead-up to the event at guitar.com/live.

More about the event

Guitar.com Live will offer an impressive line-up of artists, gear brands and industry thought leaders via three virtual spaces housed on the Guitar.com

Live Hub:
The Main Stage will have artist performances, masterclasses and video podcasts

The Lounge will host industry discussions, gear reviews and interviews