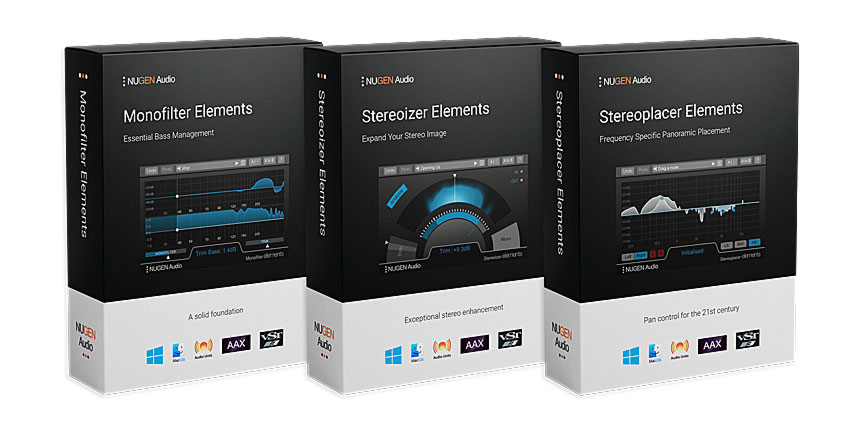 A 15-year veteran of the film and TV business, freelance Re-recording Mixer Alexandra Fehrman loves to get creative with her projects. Nominated for a 2021 Sound Mixing Emmy for her work on Amazon’s drama The Boys, Fehrman works with Formosa Group, a post-production facility in Los Angeles, as well as from her home studio. Fehrman, like many audio pros, started her career in music as a teenager and has been pursuing sound mixing ever since. Her specialties include streaming and TV series, as well as feature and independent films. As she ramps up her work on streaming projects, Fehrman continually turns to NUGEN Audio’s VisLM loudness meter, Paragon reverb and Halo Upmix/Halo Downmix plug-ins for reliability, accuracy and creativity.

“What benefits me the most about NUGEN is that I can trust the company’s plug-ins,” Fehrman says. “I know that when I use them, I’m not going to encounter phase or aliasing that you would with other software. I also love the plug-ins’ user interfaces, they’re very well-designed and easy-to-use. I can tell they were created with mixers in mind, and by someone who has experience mixing, because the controllable parameters are very helpful.

“When I sit down to mix, we come in everyday to unmixed audio tracks and use VisLM constantly to measure the mix,” she says. “Thinking about being in spec is not something you want to do while you’re getting into the flow of your mix, so it’s great to have a plug-in that takes care of that for you.” Fehrman says she also loves the graphical metering of VisLM, because she can see exactly where the hotspots are located and “the plug-in allows you to easily navigate around your session to check certain parts.”

Also included in Fehrman’s digital toolkit is Halo Upmix, which she uses daily, especially when she has a scene where the audio really needs to pop. “When I have to drop in a piece of music to bring the viewer into a scene, I will use Halo to spread the music out,” she explains. “I send the music through my aux that has Halo Upmix on it and use the plug-in to shape the audio to the way I want it to sound. I don’t have to manipulate it too much; I can make it as narrow or as wide as I like. The thing I love the most about NUGEN products is that I can trust them to do exactly what I need.”

Fehrman goes on to explain that one of the most attractive benefits of Upmix is that the software helps listeners feel the music in a mix, all around. “You’ll really feel a big difference when you kick off a scene with a wide and immersive music mix, and then place it into the scene, making it narrower as we settle into the scene―say into a character’s earbuds, for example,” she says.

As for Halo Downmix, Fehrman explains that she utilizes it most when working in her home studio, as it is well suited to her smaller set-up and helps her downmix projects from surround or 7.1 to 5.1, stereo or mono. Fehrman also recently added NUGEN’s Paragon reverb into her toolkit. Fehrman says it has been especially helpful for larger sized formats of mixes that she works on in 7.1 surround sound and Atmos.

“I really like how you can change the balance between the specific speakers,” she says. “I am enjoying it. It is the first convolution reverb that I’ve used in larger formats, and I like the way that it responds to the sound that I send through it. It’s a really nice bloom.”