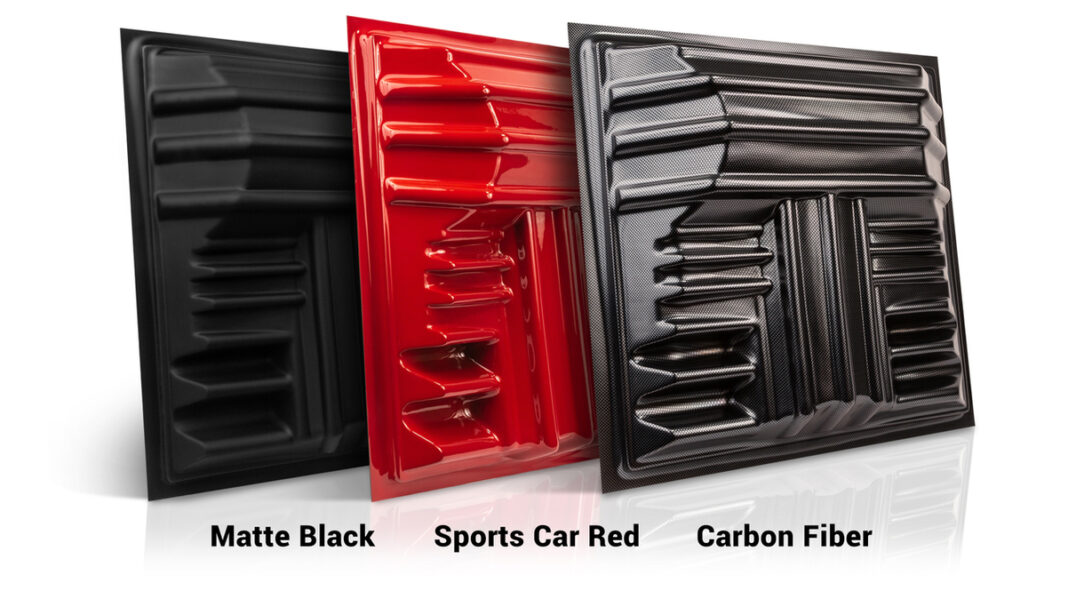 Auralex Acoustics has announced three new finishes for its high-performing T’Fusor sound diffusor:  Carbon Fiber, Sports Car Red and Matte Black.  The new T’Fusor models retain the distinctive and highly diffusive T’Fusor surface profile while complementing the aesthetics of any studio, stage, theater or control room.  The T’Fusor is made from highly durable ABS and is available as single units and four-pack sets.  The original white (and paintable) T’Fusor remains available as well.

“Things are buzzing at Auralex,” says Eric Smith, Founder and President of Auralex Acoustics.  “We’ve made significant capital investments in capabilities that are already helping streamline our R&D process and allowing us to innovate and manufacture even more quickly.  This expanded flexibility helps us provide our customers the aesthetically pleasing, highly effective products they demand at the most affordable prices possible.  These three new finishes freshen the top-performing T’Fusor and will be followed by further introductions,” continued Smith.

T’Fusors instantly provide a sense of sonic spaciousness by breaking up reflections and flutter echo without removing excess sonic energy from a space.  Geometric diffusors, such as the Auralex T’Fusor and GeoFusor™, are often arrayed on the rear walls of mid- or large-sized control rooms, as well as in tracking rooms, where they make the space sound larger and can help performers hear each other better, leading to improved performances.

Unlike lesser diffusors, T’Fusor’s innovative design accommodates the insertion of a 1″ absorber and acoustical fill in its interior cavity, thus allowing T’Fusor to provide useful amounts of low-frequency trapping and further-improved diffusion characteristics.

All Auralex T’Fusor finishes are available immediately and priced as follows: