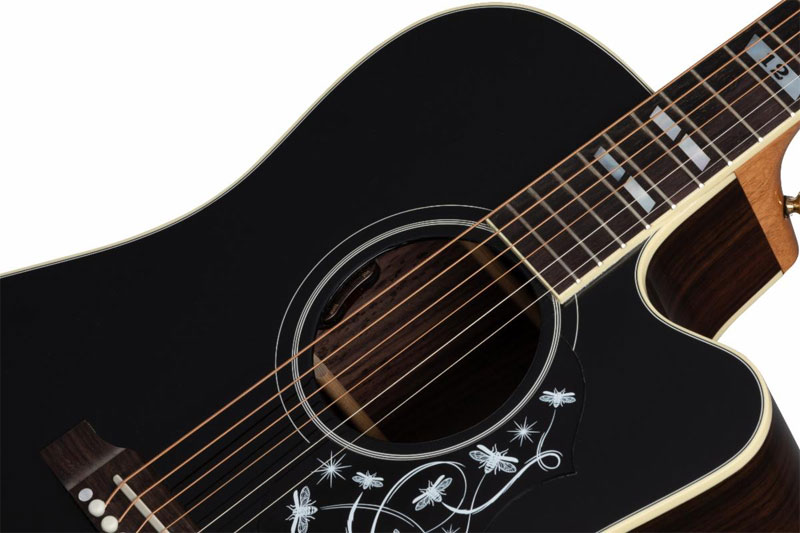 Whether you’re writing a song at home, laying it down in the studio, or bringing it to thousands on stage, the Jerry Cantrell “Atone” and “Fire Devil” Songwriter acoustic guitars deliver. Made to Cantrell’s specifications and showcased in his recent video for the song “Atone,” the striking “Atone” Songwriter acoustic guitar features a thinner body depth and his signature “Circle In Square” pickguard. The “Fire Devil”Songwriterwill be limited to 100 special edition units and handmade by the expert luthiers and craftspeople of the Gibson Acoustic Custom Shop in Bozeman, Montana. Both acoustic guitars feature a Jerry Cantrell signature on the truss rod and a Double J waterslidedecal on the band of the headstock. Presenting a “12” inlay on the 12th fret and gold hardware with gold Grover Mini Rotomatic tuners, as well as an L.R. Baggs VTC pickup and preamp, the Gibson Jerry Cantrell “Atone,” and “Fire Devil” acoustic guitars are ready to plug in wherever you are.