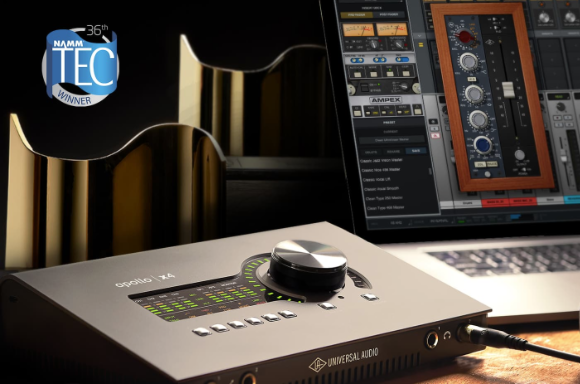 Universal Audio, a leading manufacturer of professional audio recording hardware and software, is proud to announce that LUNA Recording System, Apollo x4, and the UAD Neve® 1084 Preamp & EQ plug‑in have each won Technical Excellence and Creativity (TEC) Awards at the 2021 virtual NAMM Show.

Each year, the TEC Awards honor outstanding technical achievements in multiple sectors of the music industry. With hundreds of entries for nominations, voted on by a panel of veteran industry professionals in the U.S. and abroad, the TEC Awards are widely regarded as the highest honor dedicated to the pro audio and sound recording industry.

A spot-on emulation of the coveted channel strip found in rare Neve 80-series consoles, the Neve 1084 Preamp & EQ plug‑in captures signature Neve warmth and extended EQ of one of Neve’s most cherished circuits.