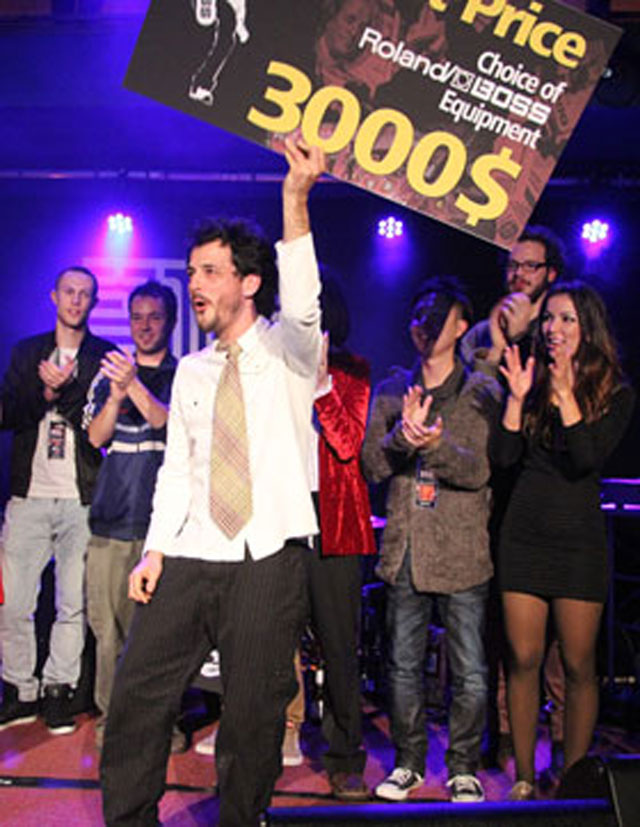 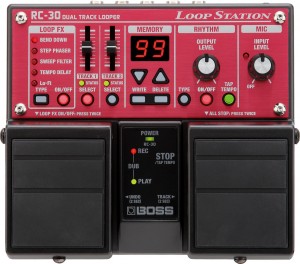 After winning regional and national semi-final rounds held during 2011, musicians from 19 different countries earned a chance to showcase their looping talents on the world stage in Frankfurt. Of the 19 finalists who qualified, 12 made their way to Frankfurt to compete. TIONEB from France took home a Grand Prize of €3,000. Beatboxer En.Dru of Czech Republic won Second Prize, beatboxer Vakhtang from Russia was awarded Third Prize, and Brazil’s singer/actress Liah Soares received special recognition for an outstanding computer keyboard rhythm and blues performance.

“Strong competition captivated the Frankfurt audience as France’s TIONEB mesmerized the judges,” said Gary Lenaire, Roland Corporation U.S. BOSS & Guitar Product Manager. Lenaire attended the world championship in support of U.S. finalist Angela Sheik, a master looper, vocalist and instrumentalist who wowed a U.S. audience in October with an intriguing looping performance with a Theremin and a RC Looper. An audience of more than 400 enthusiastic music fans attended the show, held at the King Kamehameha club, one of Frankfurt’s most popular night spots.

Tioneb is a singer / song-writer and human beat box specialist. Co-fondator of the band Human player he’s now delivering his solo project, a soulful electro-pop crossover made of voice and human beats. On stage he uses his voice as an orchestra sampling layers of  sound on the spot in order to create a musical base for songs of a new kind.