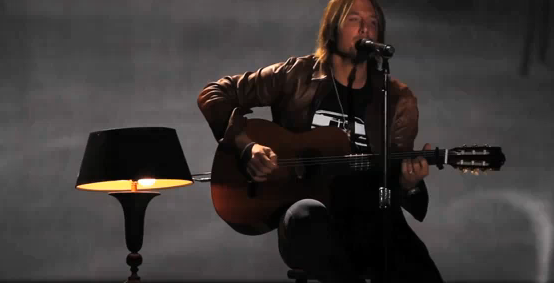 By DGS in
No comments

LAS VEGAS — The young women of country ruled The Academy of Country Music Awards on Sunday night with Taylor Swift winning the prestigious entertainer of the year award and the night’s top nominee, Miranda Lambert, taking home a leading four trophies.
Swift covered her mouth with her hands, did a little dance and hugged Brad Paisley and Lambert on the way to the stage after winning the fan-voted award, the only major ACM award determined by popular vote; peers and industry insiders determine the other awards.
“This is the first time that I’ve ever won this and I’m just losing my mind,” said the 21-year-old, whose album “Speak Now” sold 1 million copies in its first week alone when it was released last fall. “The fact that this is from the fans makes it so special.”
Lambert, 27, was also up for entertainer of the year. While she lost that award, she was the night’s big winner. Lambert’s “The House That Built Me,” written by Allen Shamblin and Tom Douglas, won song, single record and video of the year; Lambert shared in all of those wins. It mirrors a difficult time in Lambert’s life, but those times are over and the song has helped Lambert’s star rise to new heights. She also won her to her second straight ACM for top female vocalist.
Lady Antebellum continued its scorching run behind its breakthrough album “Need You Now,” finishing the night with three trophies. The trio of Hillary Scott, Charles Kelley and Dave Haywood, who won five Grammys earlier this year, won album of the year as artist and producer, and also won top vocal group for the second straight year.

Kieth Urban ACM Awards rehearsal, amazing what they have to do.

Lambert and Lady A, who are the best of friends, celebrated on stage after Lambert, winner of last year’s album of the year award for “Revolution,” announced the album winner.
“Thank you, Miranda Lambert, for winning this last year and not being in the category this year,” Lady A’s Charles Kelley quipped.
Brad Paisley claimed his fifth straight top male vocalist of the year award, a win he said felt as good as his first.
“This is way too many for me,” Paisley told the audience before thanking fans and joking, “I don’t know who got paid what. No, I’m kidding, kidding. It’s all very fair.”
Sugarland won vocal duo of the year for the second time.
The Band Perry claimed the best new artist award moments after singing their hit “If I Die Young.” It was the trio of two brothers and one sister’s second win after taking home top new vocal duo or group before the awards. They were competing with Eric Church for top new artist.
“We believe that country music is the people’s music,” Kimberly Perry said. “And it is our greatest desire to be their band.”
Zac Brown Band, up for five awards, took home vocal event of the year with Alan Jackson for their collaboration on “As She’s Walking Away.”
Paisley kicked off the ACMs with a little help from friends: Three members of the iconic group Alabama joined Paisley on his new song “Old Alabama,” bringing the crowd at the MGM Grand to its feet Sunday night. It was one of several big collaborations during the show. Steven Tyler and Carrie Underwood rocked out to “Undo It” then segued to the Aerosmith classic “Walk This Way.” James Taylor, who Brown calls his greatest influence, joined the singer’s band on a medley of “Colder Weather” and “Sweet Baby Jane,” and Rihanna, sporting a flaming reddish-orange pixie haircut, performed her song “California King Bed” with Sugarland’s Jennifer Nettles.
“She is a wonderful performer,” Nettles told reporters later. “Obviously, country music is hip and it’s cool and it’s fresh, and I think her being here tonight is even more testimony to that.”
Swift has helped that cool factor beyond measure. The singer just crossed the threshold of 20 million albums sold and is in the midst of a worldwide tour that’s taken her to Asia and Europe so far. She has a huge social media presence and all those fans helped her beat other entertainer nominees Lambert, Paisley, Keith Urban, Jason Aldean and two-time winner Toby Keith.
“Thanks for not forgetting about me,” she said.