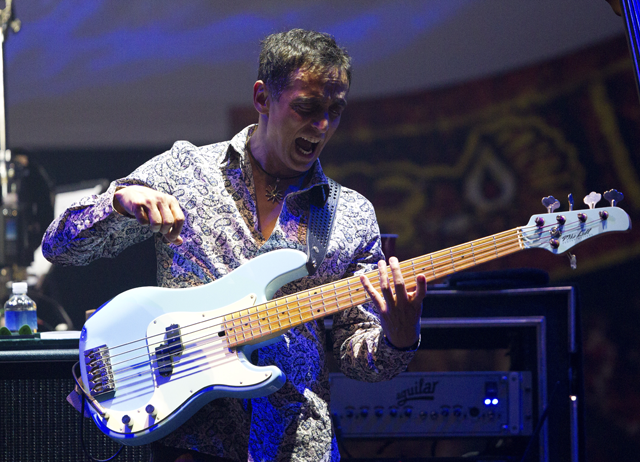 Almost 24 years ago bassist Benny Rietveld ended his tenure with Miles Davis and made the move to join team Carlos Santana. At the time of the move it was unlikely Rietveld knew how Santana would reignite his own career, garner mass appeal on popular radio and clean up at the Grammys with the “Supernatural” project. Netherlands born, Hawaii raised Rietveld took a chance, put in almost a decade of commitment to Santana (prior to “Supernatural”) and now enjoys a career so diverse it satisfies his many and varied interests. He also serves as musical director for Santana. 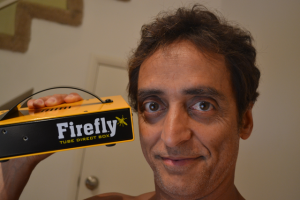 Rietveld currently travels regularly between his home in Hawaii and Las Vegas (for performances with Santana) and also performing solo shows that feature, in his own words, “my strange blend of jazz, rock and cabaret” in between recording a special Santana album that features Latin American artists exclusively. He also finds time to work on his writing skills: “I’m practicing my writing skills so that I can hopefully put together some ideas for TV shows and a movie or two.  I may be doing all this just so I can hire myself as a film composer, I’m not quite sure.  But it’s fun, nonetheless.” (Rietveld scored the 2007 film ‘Brooklyn Rules’ that featured Alec Baldwin.) “I’m a semi-regular contributor now at the Herald De Paris, I’m doing a “Notes From The Road” series right now.  It’s really fun, challenging, and helps me in my aforementioned quest for a higher level of writing prowess.”

Fans of Rietveld’s “Bass Essentials” instructional DVD can look forward to the next installment “The Bass Player” as work progresses on this project. Rietveld jokes: “I have to finish my bass video, which at this point is turning into something like building the Pyramids – taking decades and costing an unbelievable amount of money and human suffering.” 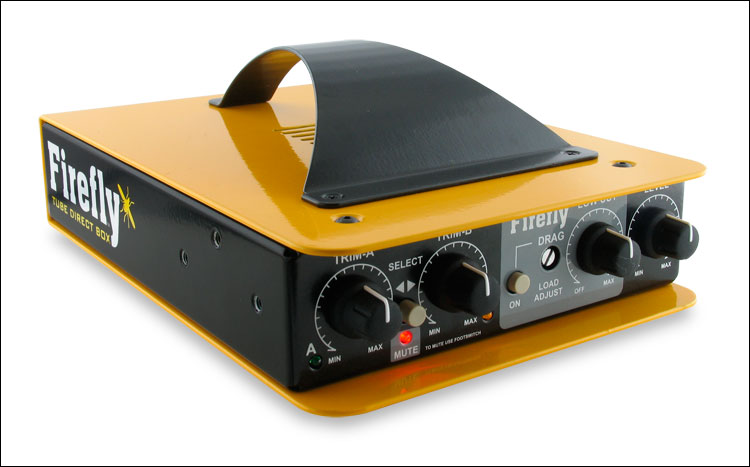 Even with his diverse interests and desire to branch into new creative enterprises, Rietveld is still highly motivated and satisfied with his work with Santana. “The great thing about being in this band is that Carlos’ ethos is one of complete surrender to the moment!  It’s all about 100 percent passion and energy, and that’s the most challenging of all.”

One challenge Rietveld surrendered to was a recent switch of DI boxes he uses live and in studio.
“I experienced the (Radial) Firefly on some Santana recording sessions recently, and was pretty amazed.  I had to get my own immediately!  The sound I got was so musical and warm, it was a joy to play through.  Too much of a joy, in fact.  The great sound helped me to get tracks quicker, and so I didn’t get to play as much as I wanted to!  Bill Malina was the engineer, and it was his.  He said he loved it so much he had to pay some exorbitant fee to get it shipped overnight and drive to some post office so he could have it for that session!  And we didn’t even really play with any of the settings, it just sounded good.  I know there’s a bunch of other adjustments you can make, with that “drag” knob, so I can’t wait to be able to experiment even more. Live it makes a great A/B box between my active and passive basses, since the input level is adjustable.  So it worked out great for many things!”