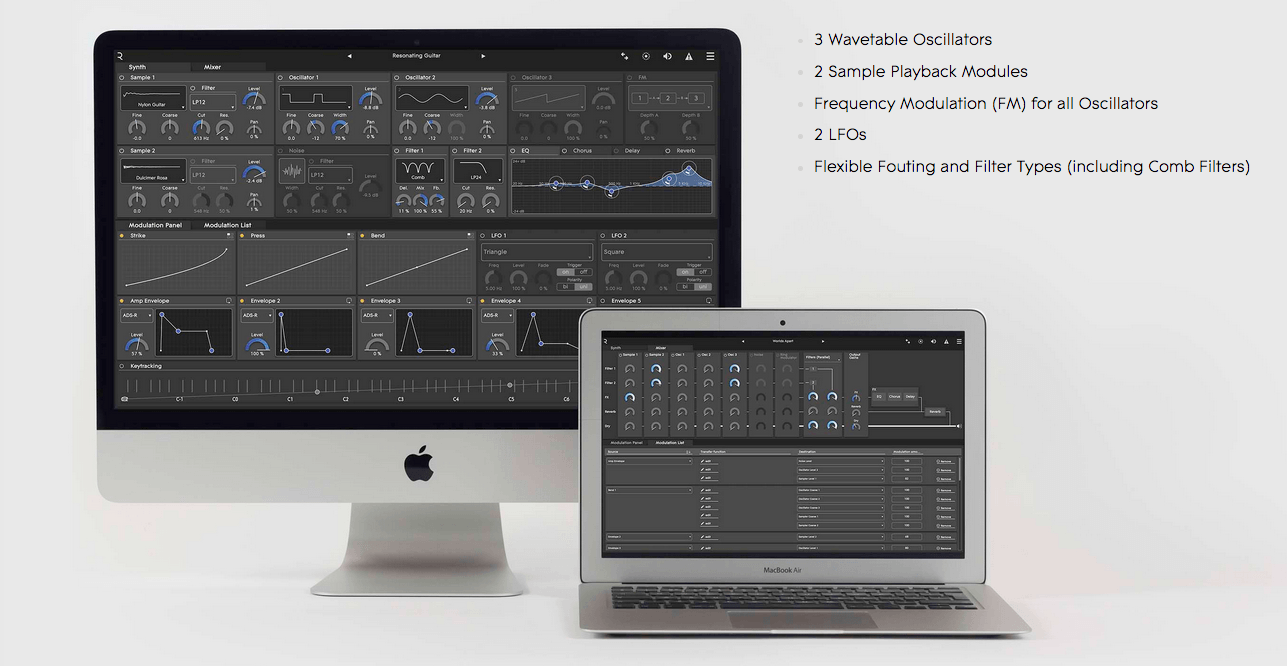 Over the last several years, a range of electronic musical instruments and controllers have been released that are beginning to bridge the gap between the expressiveness of acoustic sound and the versatility of digital music creation. The Haken Continuum, the Eigenharp, the Soundplane and the Linnstrument are all examples of a new category of multidimensional instruments, each enabling multiple parameters to be controlled polyphonically on a per-note basis. 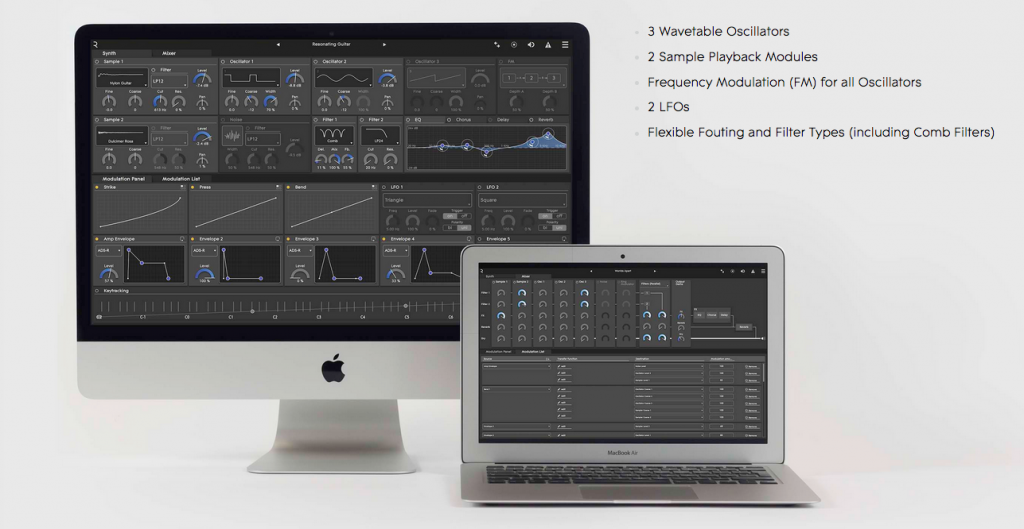 Equator builds on these innovations, offering for the first time ever a synth engine that has been designed from the ground up to enable multidimensional sound design which can run identical sounds as a standalone OS X application, as a plugin for a suite of industry-standard DAWs, and also on-board each Seaboard GRAND. This unprecedented functionality has been enabled by JUCE, the leading audio C++ framework which ROLI acquired in 2014.

Roland Lamb, ROLI’s founder and CEO, commented, “We’re absolutely thrilled to be shipping groundbreaking software that unlocks the full expressive potential of the Seaboard. Equator is a delightful way to to shape sound, and paired with Seaboard GRAND it takes multidimensional digital instruments to an entirely new level. This will introduce a seamless marriage of expressive software and hardware that will expand the creative potential for producers and performers alike.”

Equator also boasts an intuitive interface that makes complex modulations easy to understand and control, and comes with an expansive library of presets, from accurate simulations of acoustic instruments, to synthesised layered effects. This will allow musicians to create their own sound palettes and load these sounds directly onto the Seaboard GRAND, which can now be untethered from a computer for the first time.

From 27th April, 2015, Equator will be made available as a software instrument for Seaboard GRAND owners to use, both as a standalone Mac OS X application and a DAW plug-in.  The on-board Equator synthesiser for Seaboard GRAND will be activated on 18th May, 2015 as a standard feature on all new Seaboard GRAND orders.  The update will also be supplied to the ever-growing community of Seaboard owners worldwide, via a free firmware upgrade.

Equator will be demonstrated at ROLI’s MusikMesse booth, located in Hall 5.1, booth A61 from Wednesday, 15th April to Saturday, 18th April. Attendees will also have the opportunity of playing and seeing the Seaboard in action, with live demonstrations and performances daily from such artists as Jordan Rudess (Dream Theater), Bill Laurance (Snarky Puppy), Marco Parisi (HEYMAN) and Heen-Wah Wai (ROLI).

ROLI is a design-led music technology start-up based in Dalston, London. ROLI makes hardware and software products designed to increase the bandwidth of interaction between people and technology.

ROLI’s first product, the Seaboard GRAND, is a radically new musical instrument that reimagines the piano keyboard as a soft, continuous surface. The Seaboard’s polyphonic pitch bend, vibrato and per-note dynamic changes are all available at the user’s fingertips, marrying the intuitiveness of a traditional instrument with the versatility of digital technology. ROLI has brought together years of innovation in several disciplines to realize this powerful concept as an award-winning product.