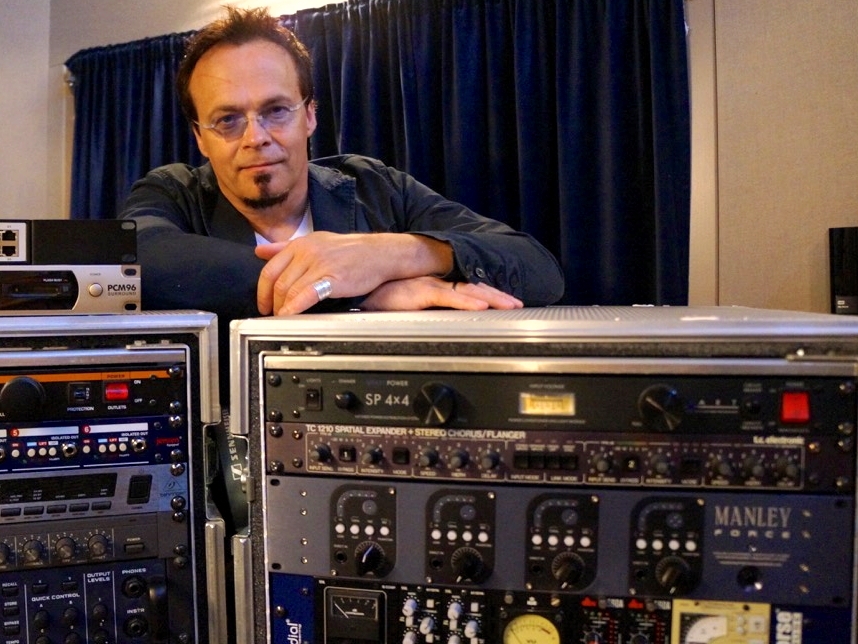 By Michael DiMattio in Manley
No comments

Known for his hard-hitting, hit-radio-friendly tracks, Richard Chycki has engineered albums for Rush, Aerosmith, Skillet, Mick Jagger, and many more. Chycki recently teamed up with Dream Theater to engineer their thirteenth (!) album. Tracking began in February 2015, and by the time the band was ready to record vocals, Chycki had acquired a new favorite tool: the Manley Labs FORCE® four-channel microphone preamp.

“EveAnna Manley told me she had a new high-voltage tube preamp under development that was going to be pretty special, and it sounded like just what I was looking for,” Chycki recalls. “Dream Theater’s James LeBrie is a very dynamic vocalist, exceptionally sensitive, and with incredible power. He can break glass too! With all that power, he distorts 99 percent of mics and preamps, but the FORCE has phenomenal headroom, and it sounds spectacular on his voice. We’ve finally found a preamp that can keep up with him. I record James with a Blue Blueberry mic, and with that and the FORCE, his voice sounds forward, present, and clean. The producer liked the vocal sound so much he made a point of asking how I did it-a high compliment.”

In Chycki’s opinion, Dream Theater is an acid test for a preamp. “All of the players in Dream Theater are extremely dynamic, so if there is a weak link in the audio chain, it’s going to be exposed quickly. The FORCE handles everything I’ve thrown at it with ease and elegance. And it’s simple to operate. The seven-segment LED metering appeared unusual at first glance but I have three racks of gear, and with these meters I find it easy to keep an eye on what the FORCE is doing.”

And, observes Chycki, “It’s doing its job 110 percent. The band members say that this is the best that LeBrie has ever been captured-and they’re all audio fanatics, so you can take that seriously. I can put the FORCE on anything, and it sounds really good: quiet, dynamic, and open.”

What’s next in the sessions? “After we finish the vocals, we’ll do guitars and keyboard overdubs with the FORCE,” Chycki replies. “I’m sure I’m going to be exceptionally pleased with the results.”