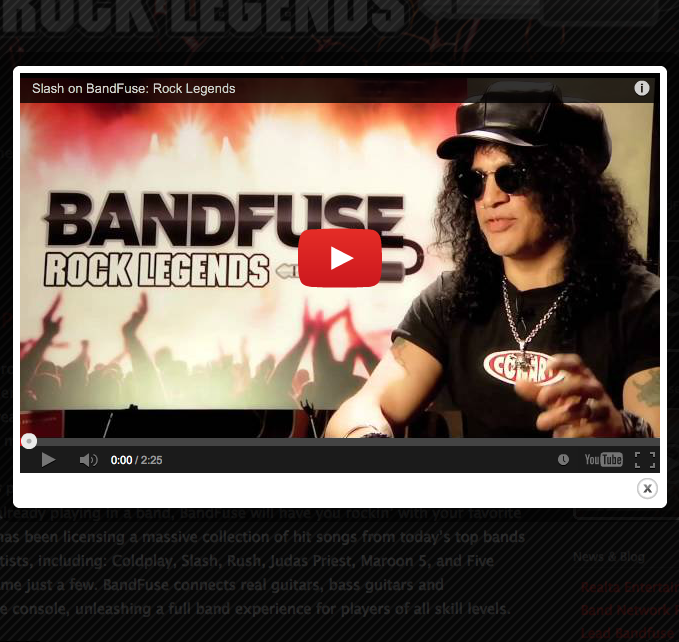 Realta Entertainment Group announced today that it is working with RAD Game Tools to incorporate Bink 2, the defacto video codec for games, in the development of the upcoming music video game BandFuse: Rock Legends.

“BandFuse is an extremely deep game with a ton of on-disc content,” said Mitch Soule, vice president of RAD Game Tools. “Realta’s team identified unique ways for Bink 2 to compress its immense content while retaining the video quality, compiling a ton of video content and delivering the extremely low latency they were striving for. The result is a robust music experience that fans will really appreciate.”

“The development team is creating an authentic experience for gamers and musicians. CG rendered characters and venues did not meet our standards,” said Jon Heiner, game development director for Realta Entertainment. “Bink 2 software has enabled us to incorporate live action video from the BandFuse legends lineup with an unprecedented level of high quality music and video.”

RAD Game Tools’ Bink 2 toolset provides developers with deblocking algorithms that create great looking videos with super low data rates without requiring special system software. Bink 2 video is up to 10 times faster than other modern codecs, while using as little memory as possible. In some cases, it uses anywhere from 16 MB to 120 MB less than other codecs. Bink 2 runs on every game platform and is customized to take advantage of each one.

BandFuse: Rock Legends empowers players to use real guitars, basses and vocals to jam to a fully unlocked library of hit songs from rock to metal and punk to funk, featuring 55 massive genre-jumping songs from Slash, Maroon 5, Rush, The Strokes, Heart, Pearl Jam and more.

BandFuse: Rock Legends is rated “T” for Teen by the ESRB and will launch in North America on November 19, 2013, on Xbox 360® video game and entertainment system from Microsoft and PlayStation®3 computer entertainment system. A release date for Europe and Japan will be announced soon. To learn more about BandFuse: Rock Legends, please visit www.bandfuse.com, ‘Like’ it on Facebook, and follow the game on Twitter for all the latest updates and news.