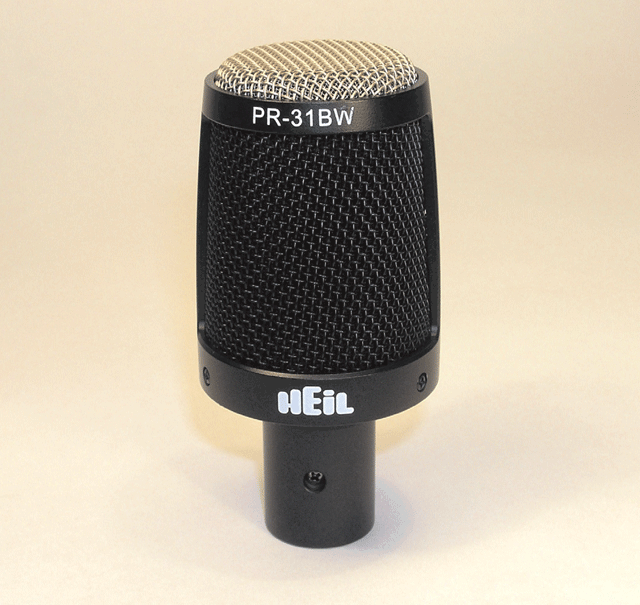 By Michael DiMattio in Heil Sound, NAMM 2011
No comments

Many manufacturers, to varying degrees, claim to rely on customer input for new product development. For Heil Sound this practice is standard operating procedure. Many of its most popular microphones originated from lead user ideas. One shining example of this is the hugely successful PR 35, which was built at the request of Joan Baez. 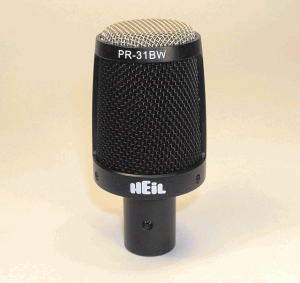 Heil Sound’s new PR 31 BW, however, took this notion one step further and well past the normal boundaries of customer input. One evening last summer,Bob Workman, who mixes FOH for the Charlie Daniels Band and is a long-time user of Heil mics, called Bob Heil and asked if it would be alright for him to cut the chassis of his PR 30 in half. “I believe his exact words were, ‘Will this void my warranty?’” says company founder Bob Heil. Warranty issues resolved, both Bobs put their heads together and configured that chassis to hold all of the components of the existing Heil Sound PR 30. Heil now had the makings of a new large diaphragm dynamic mic in a compact 4” chassis that could be placed virtually anywhere.

Perfect for a myriad of uses and, in particular, drum applications including “Underheads,” which many sound professionals are turning to instead of traditional overhead micing, it is also a great vocal mic for drummers. Dubbed the PR 31BW, it provides –40 dB of rear rejection and can handle over 150 dB ofSPL.