By Michael DiMattio in Fender, NAMM 2011
No comments

Fender is proud to introduce a new guitar and bass that commemorate six decades of the company’s original pair of groundbreaking instruments—the Telecaster and Precision Bass guitars. The new 60th Anniversary Telecaster and 60th Anniversary Precision Bass, both of which feature a new “Blackguard Blonde” finish and commemorative neck plate created especially for the occasion, combine the best of vintage and modern features. 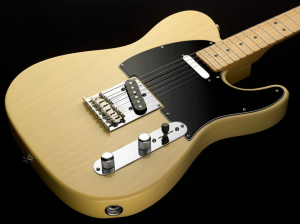 The rich history of Fender guitars begins with the instrument that was officially named the Telecaster in February 1951. It was the world’s first successful solid-body electric guitar, transforming the role of the guitar in popular music and becoming an enduring model of form and function in the process. Still elegantly simple after 60 years, it remains the versatile voice of diverse and creative guitarists worldwide. 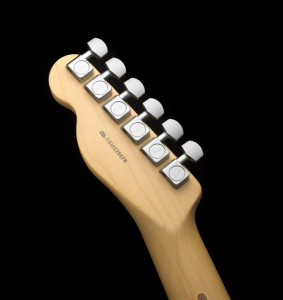 Also introduced in 1951, the Precision Bass was the world’s first successful solid-body electric bass guitar; an instrument that revolutionized popular music so thoroughly that it even created a new kind of musician—the electric bassist. Sixty years later it is still the first word in electric bass and an essential and indispensable instrument in the hands of bass players worldwide. 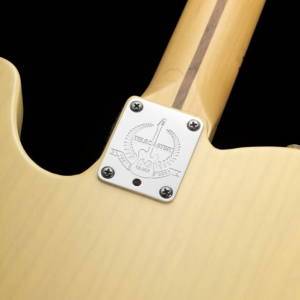