First group ever to take home the crown

Jesy Nelson, Perrie Edwards, Leigh-Anne Pinnock and Jade Thirlwall beat fellow finalist Marcus Collins at the final hurdle to take home the crown after a series of stunning performances on the final show. 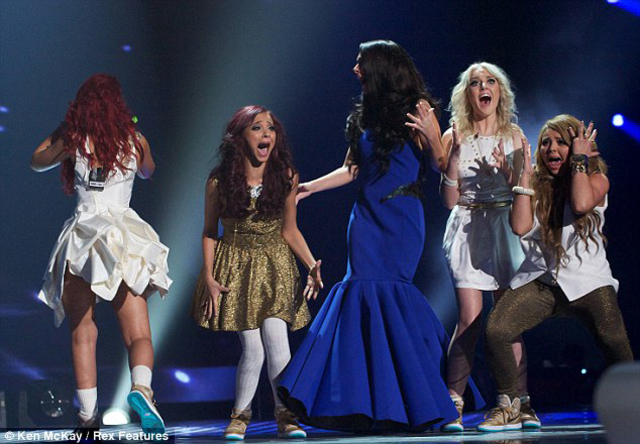 Little Mix’s vast fan base, labelled ‘Little Mixers’, tweeted in their thousands following the girl group’s triumph, with the phrase ‘Congrats Little Mix’ soon trending on the social network. Simon Cowell had tweeted his support of the girl group in previous days as his favorite to win. 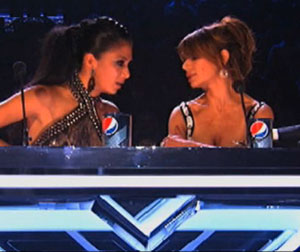 Paula’s mic was down when Nicole was making her decision — but with a little volume tinkering … they claim that you can clearly hear Paula whisper to Nicole, “Just let it go to a deadlock.” Nicole did just that … a decision that sent Rachel Crow packing — and resulted in a torrent of death threats from angry fans everywhere. Everyone’s blaming Nicole, but the audio posted by TMZ raises the question — is Nicole really at fault for sending Rachel home?

Little Mix has now released their cover of Damien Rice’s Cannonball as their winner’s single, and are hoping to clinch the coveted Christmas number one spot with the track. Irish singer Rice reached number 32 with the UK Singles Chart back in 2003 with Cannonball, the second single from his debut album “O”. Rice then re-released the track in 2004, hitting number 19 in the UK and 21 in Ireland.

However, many fans took to Twitter before the results were announced to speculate that the decision had already been made, after the Marks and Spencer Christmas advertisement featured Little Mix at the end instead of Amelia Lily, who was featured at the end before.

One fan tweeted: ‘Well its obvious little mix were gonna win , they were the ones at the end of the marks and spencer advert.’

While another added: ‘How can Marks and Spencer’s know that little mix have won before we do?’

There has also been some criticism of the groups choice to release Cannonbal as their first single. The girls can sing and they hit all the notes, but the meaning of the lyrics and the power of the melody gets lost in the production.