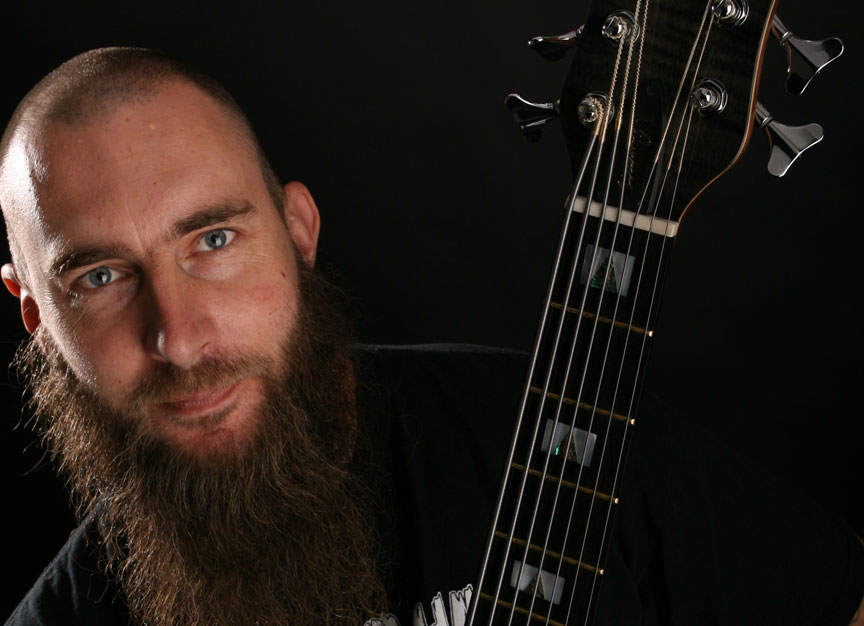 1. How did the Bassists Alliance Project come to fruition? How did you arrive at the idea for the project and what was it like to get a dozen musicians on board?  The Bassists Alliance project began when I met Alberto Rigoni at the Warwick bass camp in 2016. Alberto had the idea of collaborating on an album and getting some of our favorite bassists to play on it. We have both done several bass solo albums, so we decided to split the song writing and spearhead the project ourselves. Getting all the other bassists was a fun experience. It was so exciting to hear other people’s parts and feed off them. We have lots of diverse players and I think everyone got out of their comfort zone to do this.

2. How was the album recorded and how long did that process take?  The album was recorded at each of our home studios and then we would send people tracks and they would add their parts. It took about a year to get all the songs written and get everyone’s final parts completed. We then had Zack Ohren at Castle Ultimate Productions handle all the mixing and mastering except for Extreme Density which Jamie King mixed and mastered.

3. Take us behind the scenes of songwriting for Crush. Were complete song ideas presented and fine-tuned, or were songs composed through a more collaborative effort? As far as the songwriting process went. Some songs were presented as complete ideas and other people would add parts on top. Other songs were written in a true collaboration where ideas would be sent back and forth and then fine-tuned. 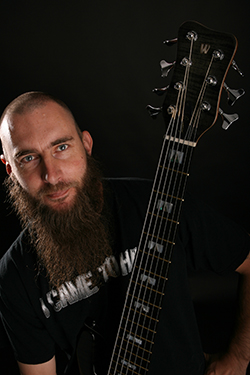 4. The song styles of the Bassists Alliance are much different than the death metal of Six Feet Under. What was your writing experience like for Crush in comparison to your previous projects? The writing of this album was far different from most other things I have done. Mainly because there was no genre that we were being tied down, too. There is a lot of experimental things going on. For example, the song “Floating Through Canyons” with myself and Scott Reeder started with a very atmospheric bass line I had come up with. Then Scott ended up singing a melody over it and then he played that same thing on the bass and ran his vocals through a talk box with his bass and it’s the most original use of a talk box I have ever heard. And he sent his track to me in one day!!

5. What’s your favorite track on this album and why? I can honestly say I love every track on this album! But if I had to pick a favorite, it would have to be “Extreme Density” that features Ryan Martini and Steve DiGiorgio. This song started by me sending Ryan some ideas, he then sent back some riffs based on my ideas. I then wrote some new riffs and arranged everything. After that Ryan added a whole new bass line on top of the whole song and steve contributed and amazing solo which he came to my home studio to record. This song was mixed and mastered by Jamie King and while in the studio Ryan added some percussion and keys bringing new life to an already killer song!!