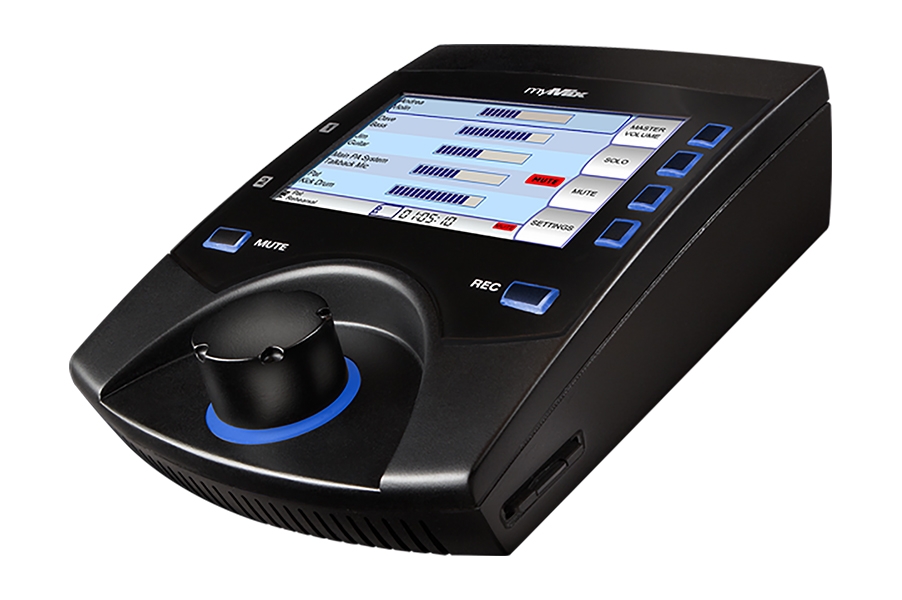 myMix, a network-based audio mixing and recording system which features easy operation while meeting the highest audio demands, has been chosen by renowned jazz bassist Chris Minh Doky while on tour with his bands Chris Minh Doky & The Electric Nomads and New Nordic Jazz. 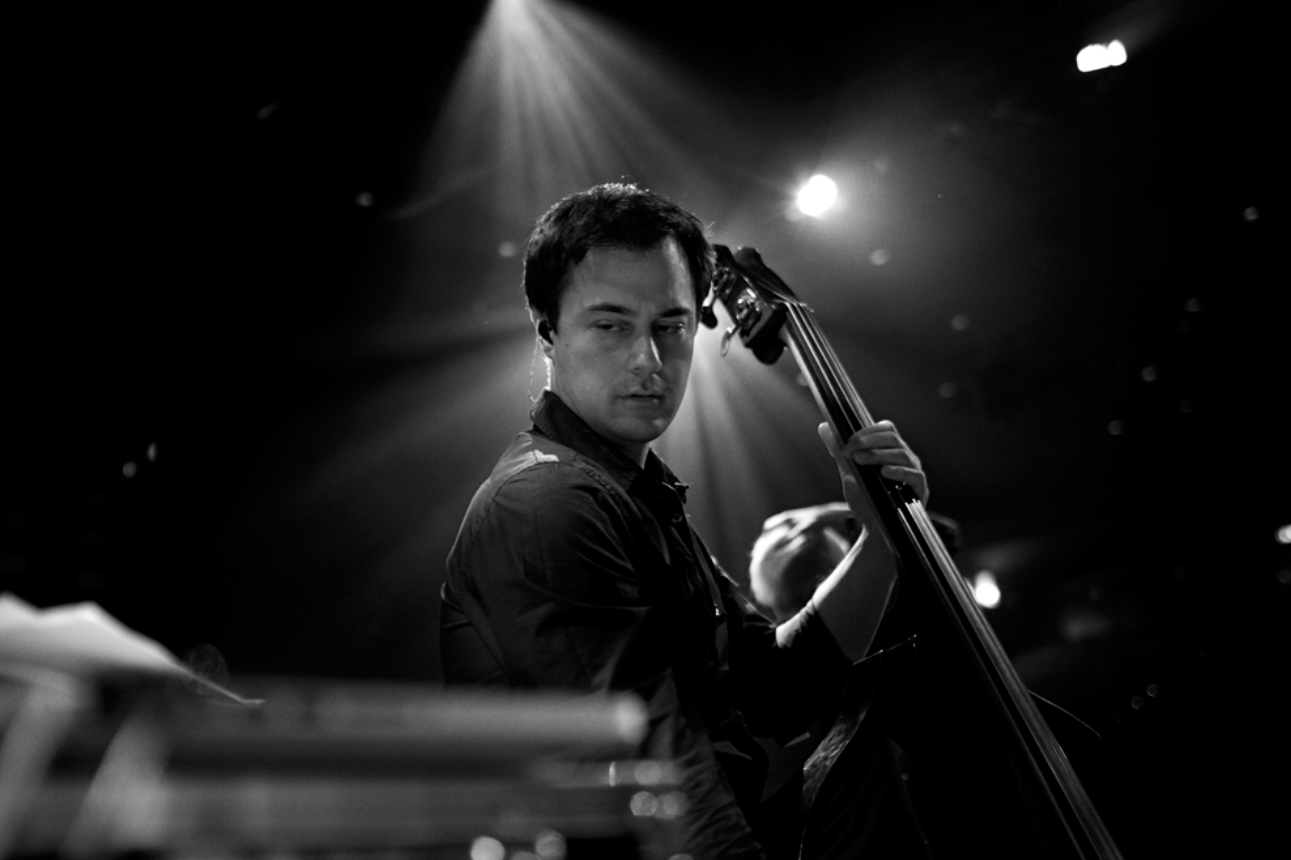 An avid user of myMix since 2012, Doky chooses the portable recording system as a monitor and mixer for all live performances thanks to the system’s universality, including on his recent tour dates.

“What immediately struck me about the myMix was its simplicity — the fact that it can function on its own without a console but that it’s also really easy to hook up with any console if you need to. It’s plug and go,” explained Doky. “The myMix is also intuitive because it allows you to save your settings, so I can use it with the several different bands that I gig with and everyone in those bands can have their own settings and be up and running right away. You don’t have to start from scratch every time, and that’s very important to me.”

During his rigorous schedule of solo performances and lectures, Doky uses the myMix as a mixer for his backing tracks and mixing in his bass signals.

“A lot of times when I travel I do so without a sound engineer, so it can get complicated and sonically tough,” Doky said. “Occasionally, you’re lucky and there’s a good FOH guy, but you can’t count on that.”

With myMix, Doky doesn’t have to worry about the sound tech’s expertise. Once he gets to a venue, he uses the SD card with his backtracks and plugs his wireless head mic into one input and his bass into the other. Depending on the venue’s size, Doky runs the L/R out to FOH and a monitor wedge, or splits the outputs so he can run to both FOH and an amp on stage.

“I rarely use in-ear monitors in these situations because I need to interact constantly with the audience,” Doky said. “I love this setup because I have such a small portable rig that makes it possible for me to get in, setup and be up and running in less than three minutes — not to mention break down time. All of sudden I can now travel for my solos gigs and lectures with just my bass and the myMix.” 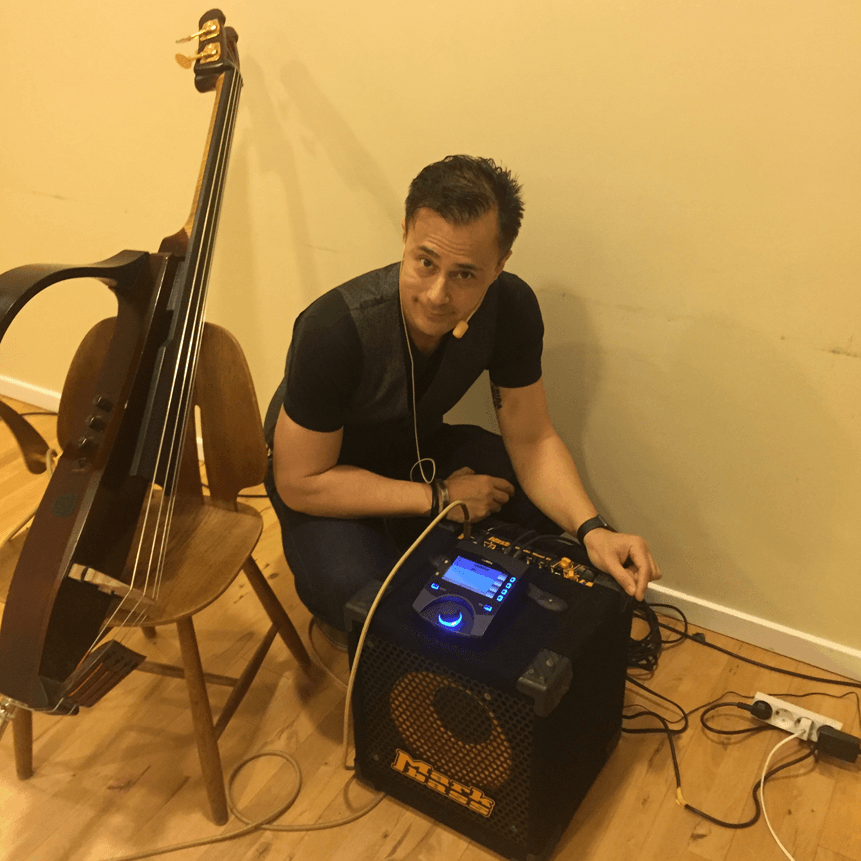 During live performances alongside his band Chris Minh Doky & The Electric Nomads and his European acoustic trio New Nordic Jazz, he uses the myMix as a monitor and mixer. No matter what genre of music Doky is playing or what the volume level, he knows the myMix will accommodate.

“The Electric Nomads is mostly instrumental, but it’s funk and rock oriented so we play loud and large venues. On the flip side, New Nordic Jazz is quieter, more classical and jazzy and the myMix can adapt to both.”

When The Electric Nomads first incorporated the myMix into their setup in 2012, the whole band was on wedges. Doky and his band mates ran outputs from their myMix to monitor amps, eventually switching to in-ears and using the headphones output.

“Then we got a x32 Rack as our stage box,” Doky explained. “Our sound tech groups each instrument to the analog outputs to the IEX inputs. Today, I want to be free of the wires from my in-ears to the myMix. It’s nice not having all these wires dangling off of me. I’m a bandleader, so I’m talking on the mic and fronting all the time. When I found out with the myMix RX-2 that you could actually do the same thing and just send the output off stage, that made it a no-brainer for me.

“Since I started using the myMix five years ago, my equipment hasn’t broken down, and I haven’t needed to buy anything else,” Doky said. “When you get the setup that’s it, it’s durable, high-quality and comes with everything you need.”

Part of the Synthax family, the North American distributor for RME, myMix is a personal monitor mixing and recording system featuring local network inputs and can operate either self-contained or integrated with any analog or digital mixing consoles. Thanks to its ease of use, the myMix is ideal for on-stage performances, studio monitoring as well as installed applications such as houses of worship.