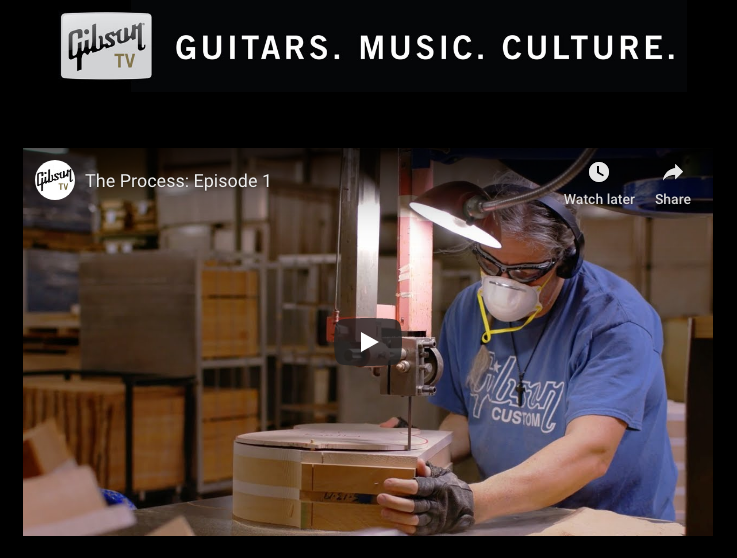 GibsonTV has premiered the second episode of the series titled “ICONS”–a longform interview series with some of the most iconic artists, producers and music business pioneers.

In this episode, GibsonTV sits down with heavy metal pioneer Tony Iommi to talk about his early years in Birmingham, England, the accident that almost ended his career as a guitarist and his 55-year musical journey with Black Sabbath. Tony Iommi’s career, like the man himself, is universally loved and revered. And while his innovative tuning and playing styles were a major part of his monstrous tones, a Gibson SG named “Monkey” was at the center of it all.

GIBSON TV will offer an inspiring and powerful lineup of all-new exclusive, original shows, including:

Subscribers can watch GIBSON TV originals on demand via Gibson.com. Viewers can subscribe to GIBSON TV (HERE), so they can be notified when new episodes become available.

“We are excited to be launching GIBSON TV, our own online network. Our production team, led by Mark Agnesi and Todd Harapiak, has been working to make this happen for the last year, creating original programming and working closely with our artist community. Our objective is to make the journey of making music matter more than ever through storytelling. Music lovers around the world will now have access to engaging shows, created with iconic artists, on GIBSON TV. And this is just the beginning, we have a lot more coming,” says Cesar Gueikian, Chief Merchant Officer of Gibson Brands.