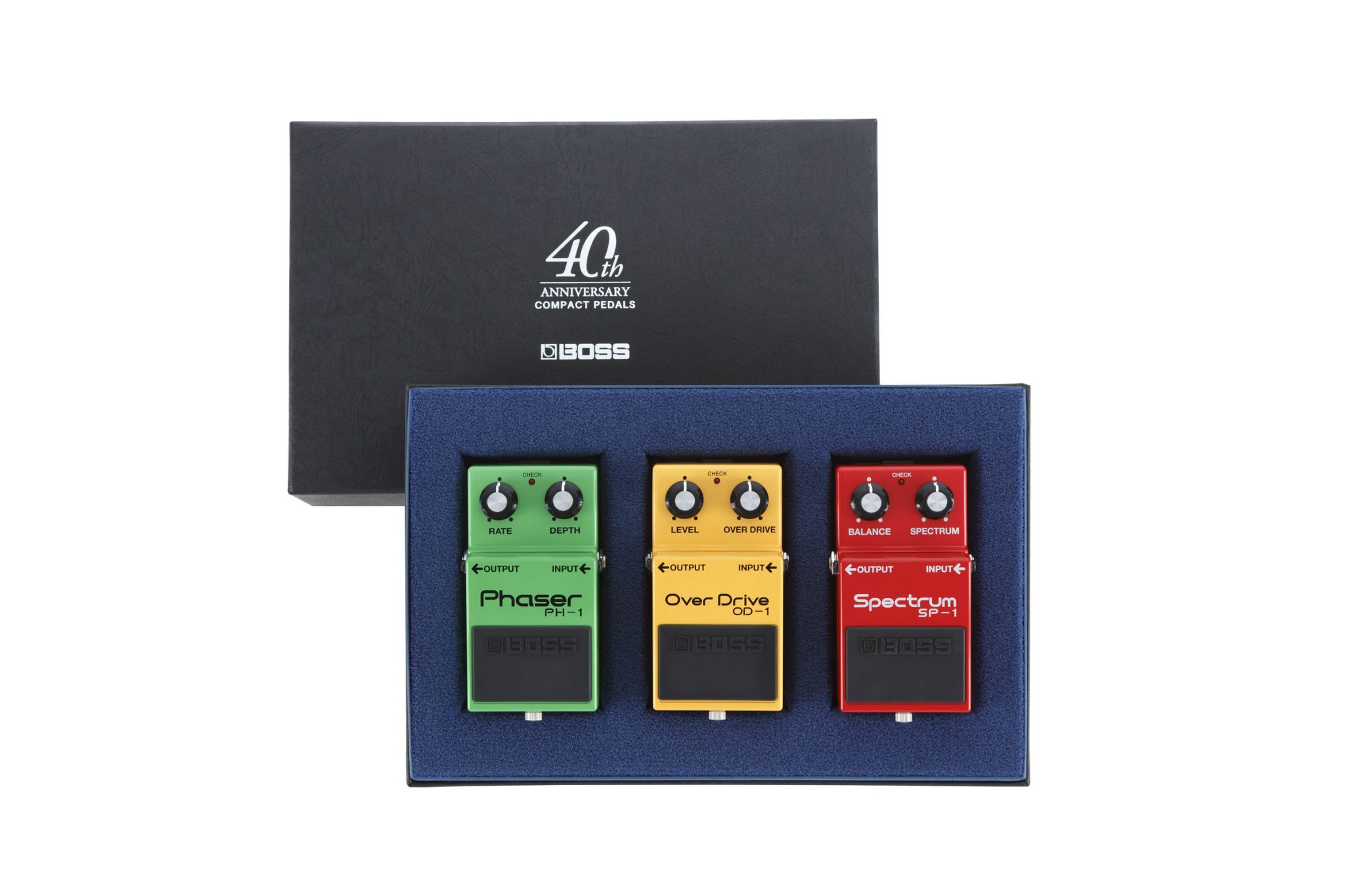 BOSS (Booth 723) has announced the Compact Pedal 40th Anniversary Box Set, a special limited-edition commemorative package. The set features one-time-only reissues of the OD-1 Overdrive, PH-1 Phaser, and SP-1 Spectrum – the original three BOSS compact pedal models. Each pedal set is made in Japan and comes in a deluxe presentation box with a serial number, the BOSS 40th Anniversary logo, and a personal message from BOSS President Yoshihiro Ikegami. 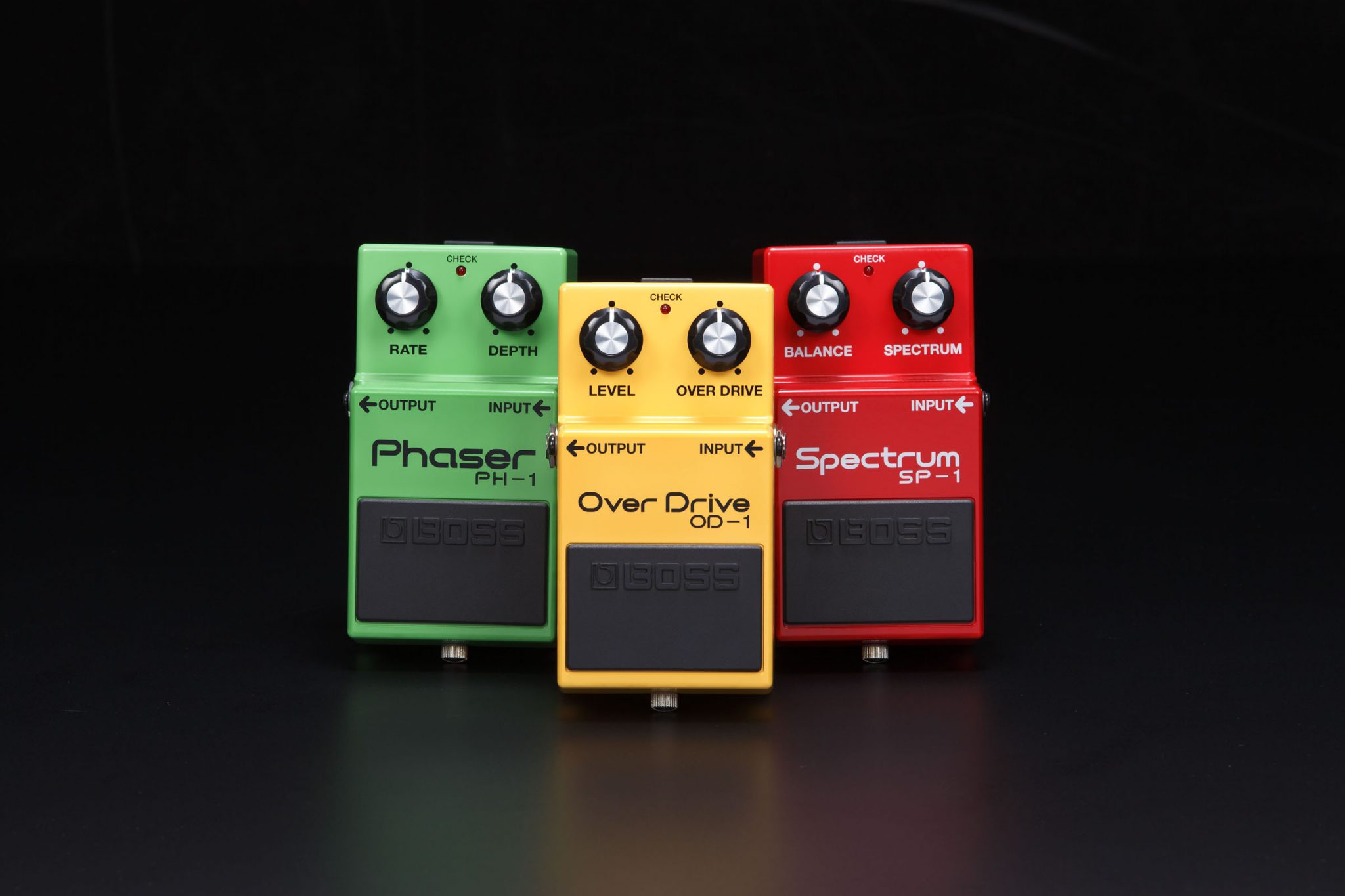 In 1977, BOSS launched the now-famous compact series with the OD-1, PH-1, and SP-1. Over the last four decades, the iconic line has been loved by generations, with 119 unique pedal models produced and well over 15 million units sold. The original three pedals have gone on to become rare classics, commanding high prices on the vintage gear market. With the reissues in this exclusive box set, BOSS celebrates the birth of the compact line with loyal BOSS supporters around the world.

The reissue OD-1, PH-1, and SP-1 pedals are produced exactly as the originals were, with wiring and circuit adjustment performed by hand on a special production line in Japan. All electronic components are carefully selected, ensuring fully accurate reproduction of the original pedals’ sound and response. Each pedal also includes subtle improvements for modern performance, including a PSA-compatible power supply section with a protection circuit and noise filter, a reinforced battery snap, and an LED that shows effect on/off status.