Antelope Audio, a leading interface company specializing in Field Programmable Gate Array (FPGA)-based vintage FX modeling, announced that it is issuing a significant software update for its groundbreaking Zen Studio portable audio interface. The update brings five new FPGA-based vintage EQ models to the Zen Studio to supplement its existing parametric EQ, including the VEQ-1A, VEQ-55A, Helios 69, NEU-PEV and the Lang PEQ2. The software update, which will be available by the end of this month, also includes tweaks to the Zen Studio’s Windows and OSX desktop application — optimizing its overall flexibility and user responsiveness.

“When we released the Zen Studio over two years ago, we knew that it was far more advanced than other portable interfaces on the market in terms of sound quality, I/O, and features,” says Marcel James, Director of U.S. Sales for Antelope Audio. “We are proud to say that Zen Studio is retaining its pole position by expanding the capabilities of its desktop software and taking advantage of Antelope’s advanced FPGA capabilities with these fourfive new EQ models.” 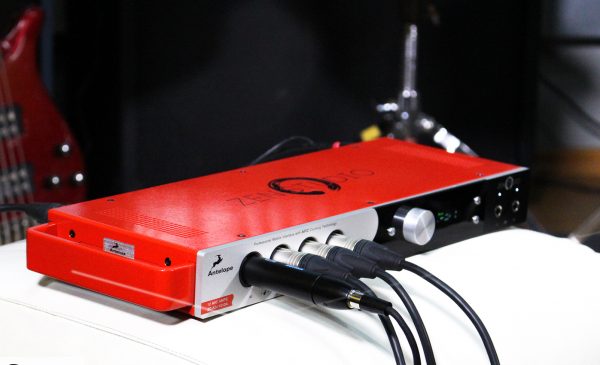 As a result of the update, users are now able to select among the fivefour new models in addition to the currently available parametric EQ in any of the 16 FX stacks in the Zen’s desktop application and combine it with the Zen Studio’s transparent built-in FPGA compressor and AuraVerb reverb. The update will also allow users more flexibility in adjusting the size and display in the application, and also includes workflow improvements such as enabling users to separate the view into multiple shards and save the names of channels in the routing tables.

The Zen Studio will now feature the following EQ models:

VEQ-1A: This EQ breathes new life into a classic — a legendary 60 year old passive tube EQ that became an integral part of every top-tier professional studio in the world. Unlike the original hardware version, the VEQ-1A can be used in stereo link mode to reproduce a tight stereo image. Also, the ability to simultaneously cut and boost the same frequency imparts a unique sound unattainable with any other EQ. By adjusting the virtual knobs, users can realize massive bass and gentle highs — with all the richness of real hardware.