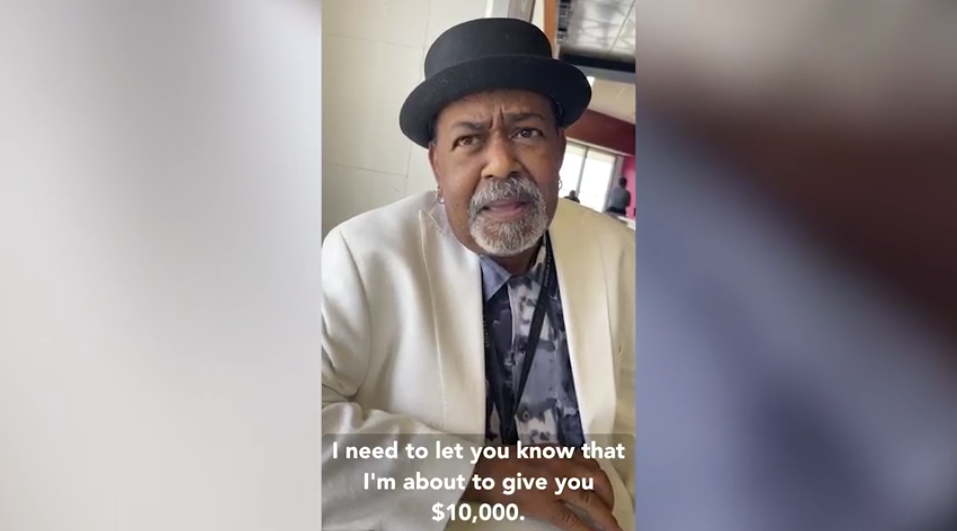 Social Media Influencer Carlos Whittaker leveraged his following of more than 208,000 to tip a pianist ‘playing his heart out’

This Atlanta-based pianist’s story hit a high note with an influential admirer – and landed him thousands of dollars in tips.

Carlos Whittaker, an influencer and motivational speaker with 208,000 Instagram followers, was waiting for his flight during a layover on his way back home to Nashville, over the weekend when he heard pianist Tonee Valentine “playing his heart out while hardly anyone notices him.”

Whittaker described the moment in a video posted on his Instagram story.

Whittaker explained in the video that he spoke with Valentine and learned Valentine was suffering from kidney disease and undergoes dialysis “every night for nine hours” before playing piano at the airport.

Whittaker decided to pay it forward to Valentine, by putting a call to action out on Instagram to leave a tip for Valentine through cash apps. In just over a half-hour, Whittaker was able to raise $10,000.

“Come on man,” Valentine can be heard saying in disbelief.

Whittaker said he was going to leave Valentine’s cash app on his Instagram for 24 hours so more followers could contribute to his tip. By the end of the day, he helped raise $61,000, the Washington Post reported.

According to Whittaker’s Instagram page, Valentine’s tips are totaling “more than $70,000” as of Sunday.